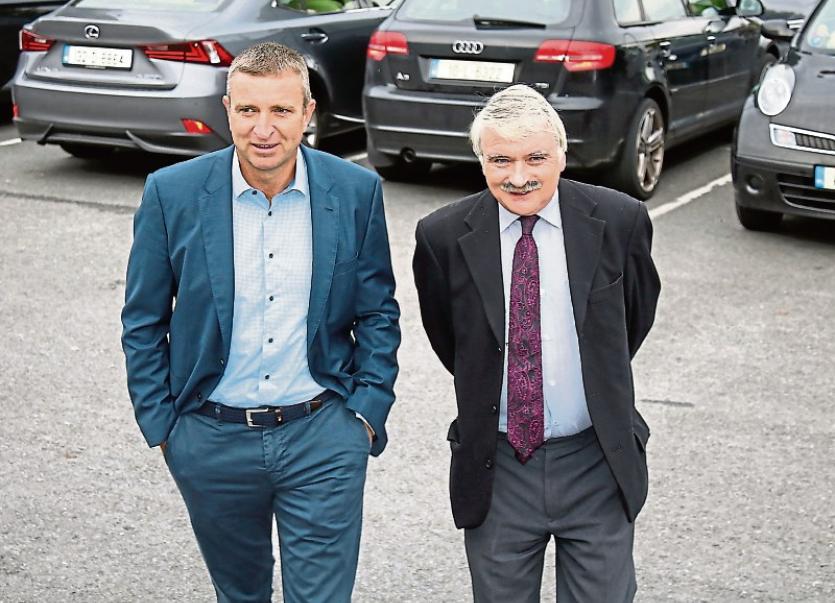 FIANNA Fail TDs Willie O’Dea and Niall Collins believe some of the social increases in Budget 2018 show the influence of their party on the multi-million euro book.

Among the measures announced by Finance Minister Paschal Donohoe this Tuesday afternoon are a €5 rise to all social welfare payments across the board, and – for the first time in a decade – the full restoration of the Christmas bonus.

Some 10,000 social houses state-wide have also been earmarked.

Under the confidence-and-supply deal, Fianna Fail’s abstention is crucial for the Finance Bill to pass. But in return, the party has had a say in the drawing up of the budget for next year.

Limerick TD Mr Collins said: “The key test in this budget will be the delivery. Housing is a huge issue. We’ve seen over the last 12 to 18 months a government which is very heavy on spin, and the production of plans and reports, but very light on delivery.”

He said he party insisted on an increase in the capital allocation for social housing, and “a significant package for affordable housing,” something government appears to have addressed through a €100m Affordable Housing Fund, which could see properties on the market by 40% below regular rates.

“You can say what you like about Fianna Fail, but in government, we knew how to build houses. We never presided over the housing and homelessness crisis this government has done,” he said.

Fianna Fail’s social protection spokesperson Mr O’Dea said it was at his suggestion €5 was added to the annual social welfare packet.

“You can see Fianna Fail’s finger prints in the increase to social welfare, the increase in capital to schools,” he added.

But Labour’s housing spokesperson Jan O’Sullivan says the housing proposals show “no imagination”, and will do “nothing to ease the housing crisis when it comes to rent”.

“Fianna Fail’s so-called affordable housing scheme is a direct subsidy to developers. It’s a classic from the Fianna Fail playbook providing a top-up for big builders, but doing little to deliver a real affordable scheme,” the Limerick City TD argued.

Sinn Fein Senator Paul Gavan described Mr Donohoe’s estimates as “a blueshirt budget for the wealthy and the landlord class”.

“It’s a budget of glitz and spin with little of substance behind it. The two big crises of our age - housing and healthcare – will continue to get worse as there is no change in direction of any of the measures outlined. There is nothing in this budget for renters, but lots of goodies for landlords – 100% mortgage tax relief which will leave housebuyers competing with landlords for new houses and a further driving up of the prices,” he said in a statement.

But government Senator Kieran O’Donnell said: “The budget is looking to improve the standards of living for people across a range of areas in terms of the widening of tax bands, the reduction in the USC rate, and the increase in the minimum wage and the home carers credit.”

He said one measure, yet announced, will allow the self-employed to avail of job seekers benefit.

Senator Maria Byrne added: “In delivering a caring and responsible budget for a modern Ireland, we have also increased funding for childcare. Some €574 million will be invested in the childcare and early learning sector, a boost of €90 million. Now more families in Limerick are set to benefit from the Affordable Childcare scheme as we will increase the income thresholds next year.”