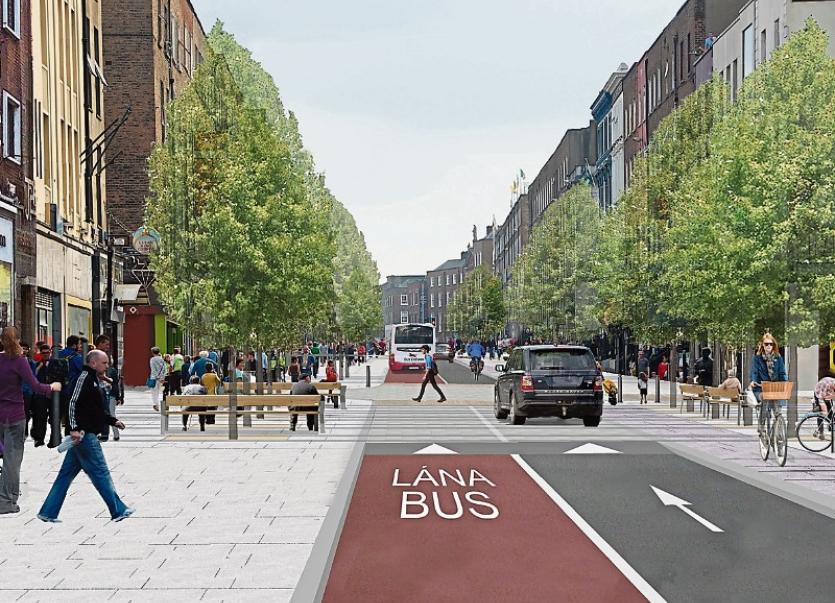 MORE than €400,000 was spent on ground investigation works as part of the multi-million euro revitalisation of Limerick’s O’Connell Street, it can be revealed.

Documents, including invoices, obtained by this newspaper under the Freedom of Information Act show just one company tendered for the contract to carry out the works after it was publicly advertised early last year.

Tender documents state the purpose of the contact was to “identify in greater detail the location and nature of existing buried services in the street, as well as the extent and details of the existing basements in the street and the existing obsolete sewer tunnel under the street”.

The works, which involved the creation of 85 “slit trenches” were carried out along the full length of O’Connell Street from its the junction with Newenham Street and Barrington Street to Patrick Street.

“The site (O’Connell Street) is heavily trafficked with a number of junctions and access to adjoining side streets. The site is underlain by various services and is also underlain by vaulted basements and a Victorian sewer,” stated briefing documents which were issued as part of the tender process.

Following the conclusion of the tender process in February 2017, Priority Geotechnical Limited was awarded the contract by Limerick City and County Council.

Internal correspondence between officials within the council state the tender from the Cork-based company was deemed to be “the Most Economically Advantageous”  after it was assessed by ARUP Consulting Engineers on behalf of the local authority.

Priority Geotechnical Limited was also approved to act as Project Construction Superviser Stage on the works.

The cost of the works, which were carried out over several months last year, totalled €443,762. 29 (including VAT).

The monies were paid in full by Limerick City and County Council earlier this year.

Plans for the multi-million euro revitalisation of O’Connell Street are set to come before An Bord Pleanala in the coming months as the planning process is to proceed outside of the normal Part 8 process.

The project, which will cost around €9m in total, is being part funded by the European Union with the remainder of the money coming from local and national sources.