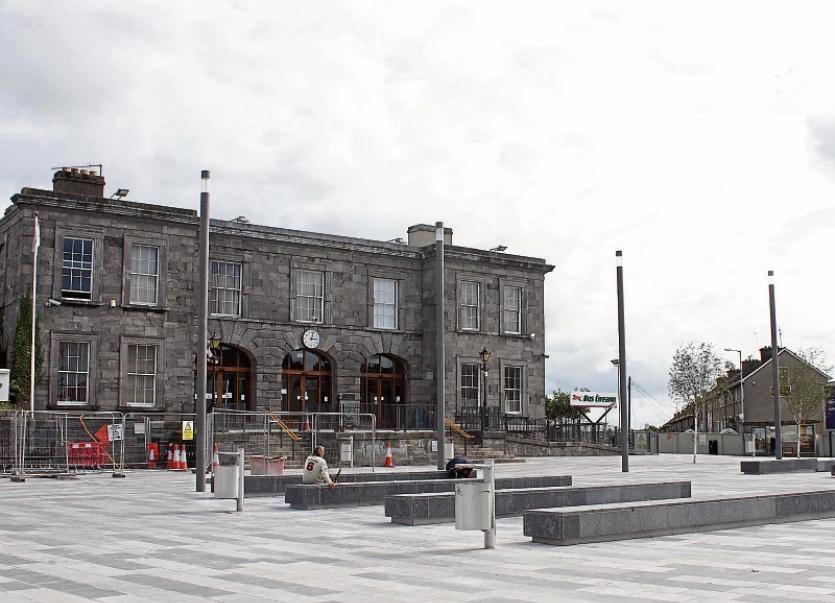 A YOUNG man who assaulted two security workers at Colbert Station after he was asked to leave the premises has been fined €400.

Jason Bourke, aged 22, who has an address at Ballycurra Lodge, Ennis Road, Kilrush, County Clare pleaded guilty to charges under the Non Fatal Offences Against The Person Act relating to an incident which happened on September 14, 2016.

Sergeant John Moloney, prosecuting, told Limerick District Court the defendant, who was intoxicated, became aggressive and lashed out at the two workers after they approached him and asked him to leave.

While both men were struck in the face during the altercation, neither sustained serious injury.

When asked, Sgt Moloney said the security officers had declined the opportunity to make a victim impact statement for the court.

The court heard that following the incident, which happened in the main public concourse at Colbert Station, the defendant was detained pending the arrival of gardai who were alerted to what happened.

Solicitor Sarah Ryan said her client, who has a number of previous convictions, is currently serving a lengthy prison sentence in relation to separate offences which happened in County Clare last year.

She said CCTV footage from Colbert Station shows her client walking in the main entrance and sitting down on the public seating in the concourse.

“He took a seat, he was not doing anything wrong,” she said.

The solicitor said the two workers appear to have been “uncomfortable” with Mr Bourke’s client presence at the train station.

“They went on alert when the saw him,” she said adding that she had surmised – having viewed the footage –  that they knew her client and recognised him when he entered.

Ms Ryan said her client, who was granted legal aid, accepts that he behaved “absolutely appallingly” when approached and asked to leave and that he should not have done what he did.

Ms Ryan said a psychiatric report was prepared in relation to the defendant who, she added, is not due to be released from prison until May 2020.

Describing the behaviour of Mr Bourke as “very odd” Judge O’Leary imposed a €200 fine in relation to each of the assault charges.

A default penalty of five days’ imprisonment was imposed in the event of the fines not being paid. This means the defendant is unlikely to spend any additional time in prison.