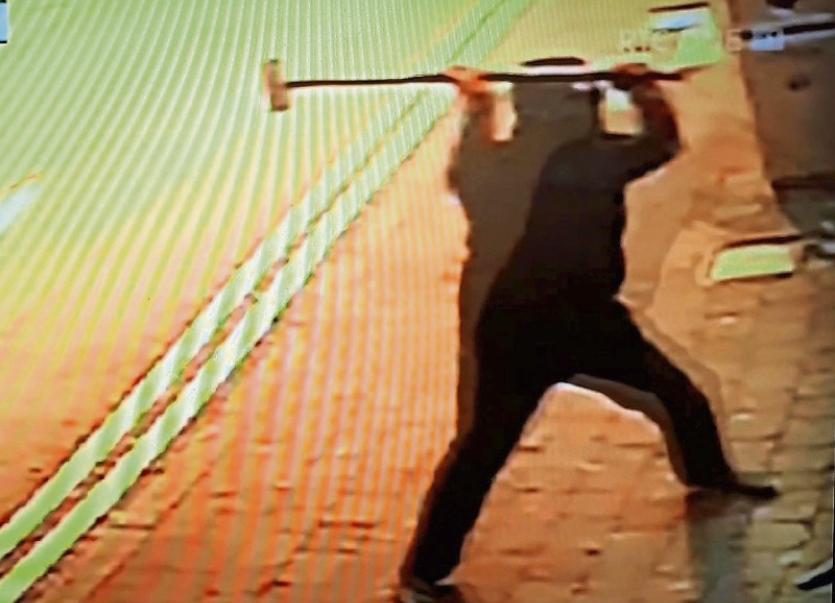 A still image from the CCTV footage broadcast on Crimecall

GARDAI have issued an appeal for information about a burglary which happened in West Limerick almost 18 months ago.

The appeal which relates to a break-in at a bookmakers premises in Abbeyfeale featured on Monday’s Crimecall programme on RTÉ television.

CCTV footage broadcast during the programme shows a number of men arriving at the premises in a light-coloured Audi car in the early hours of April 16, 2017.

Three of men, who were all dressed in dark clothes and had their faces covered, can be seen on the footage crossing the road and approaching the front door while a fourth man appears to remain at the car acting as a lookout.

“The first man uses a sledgehammer to access the premises, now it takes him a number of moments but once inside (the premises) one of the men can be seen removing a quantity of cash,” said Garda Greg Freegove during Monday’s programme.

The amount of money taken from the safe by the culprits has not been disclosed.

According to investigating gardai, the men can be seen leaving the area in the Audi shortly after leaving the premises.

Anyone with information about the burglary or the identity of the culprits is asked to contact Abbeyfeale or Newcastle West garda station.