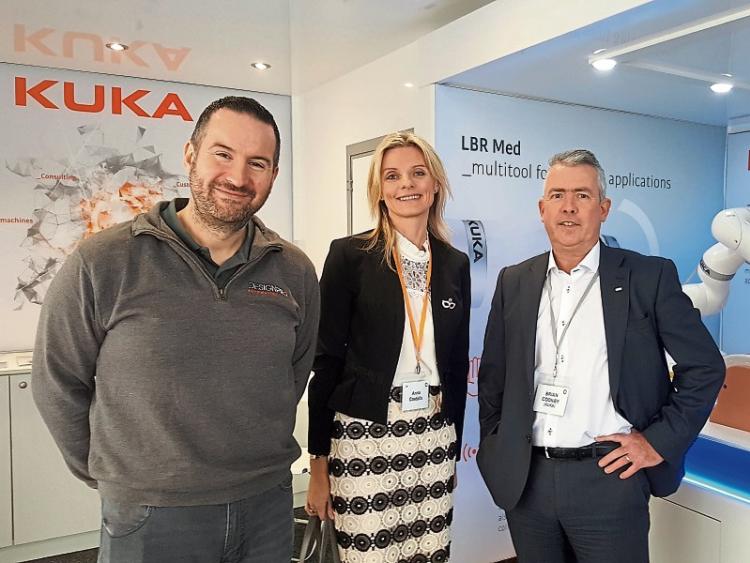 THERE is good news for West Limerick on the jobs front with two Rathkeale-based companies creating a total of 42 new jobs.

DesignPro is to add 30 new, cutting-edge jobs through the creation of a new, dedicated robotics division at its plant in Rathkeale which will trade as a separate sister branch, DesignPro Robotics, the company’s managing director Paul Collins said.

Recruitment for five positions is already underway and the remainder of the roles are expected to open up very shortly.

“This is an important milestone for DesignPro, having now been at the Rathkeale facility since 2015 and we are excited about  this next, new step,” Mr Collins said.

“The addition of the Robotics branch will not only bring team growth and new opportunities but will ensure DesignPro stays at the forefront of Automation and Robotics going forward.”

DesignPro works across a variety of industries including automotive, pharmaceutical and renewable energy, but wants to build on the success it has had integrating robots, particularly in the medical industry.

Earlier this week, the company showcased its facilities and capabilities, including its recently opened R&D facility, to a group of 50 hand-selected customers from leading multinational companies in the medical sector.

A highlight of the event was having the KUKA ‘demonstrailer’ and team on site. KUKA Robotics is a leading, global robot manufacturer and since May 2015, DesignPro has been the leading industry partner for KUKA Robotics in Ireland.

Since the company was established in 2004, DesignPro has installed hundreds of robots across a wide variety of industries and applications and their integrated solutions can be found in leading multinational companies in China, Mexico, Europe, India, South Africa and the US.

Funding from Enterprise Ireland of €534,000 will help the company gain a larger foothold in the robotics market.

Also located in the Rathkeale Industrial Estate is ABS Engineering Control Systems Ltd which is creating 12 new jobs with support from the Local Enterprise Office in Limerick. Set up  in 2017 the company  provides and installs state-of-the-art building energy management systems (BMS) in commercial, industrial and pharmaceutical sites.

Their control solutions manage functions such as heating, cooling, energy usage and monitoring from one centralized location.

The company is currently developing a ‘Smart Building’ project for the Indian market and its client base includes Clayton Hotels, Dromoland Castle, Glenstal Abbey and Design Pro.