Matilda's Planet waltzes into Limerick with creation of 30 jobs 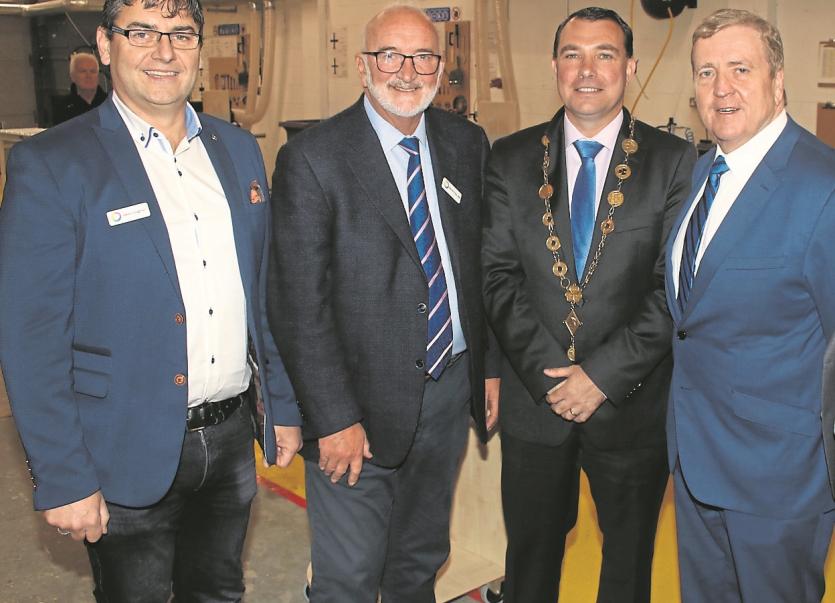 A SOCIAL enterprise which provides internal insulation, with the aim of chopping energy costs has opened its first Irish outlet in Limerick.

Minister Pat Breen and Mayor James Collins were on hand to officially cut the ribbon at Matilda’s Planet in the Limerick City Build facility at the former Cathal May Roberts Building.

The factory will produce Matilda’s Blanket, which provides insulation to homes which can potentially cut the cost of people’s energy bills in half.

When fully operational, the factory will employ 30 staff directly and indirectly.

Founded by David Evans MBE, the firm has been in operation in Britain for a number of years and has installed the Matilda’s Blanket system in more than 2,500 homes throughout the UK to date.

Mr Breen said: “The opening of Matilda’s Planet in Limerick is a great news story on a number of levels. The application of such high levels of innovation towards the betterment of society is heartening to see. I wish them every success In Limerick and with their plans for future expansion in Ireland.”.