Reconstructed County Limerick hedge school is a cut above 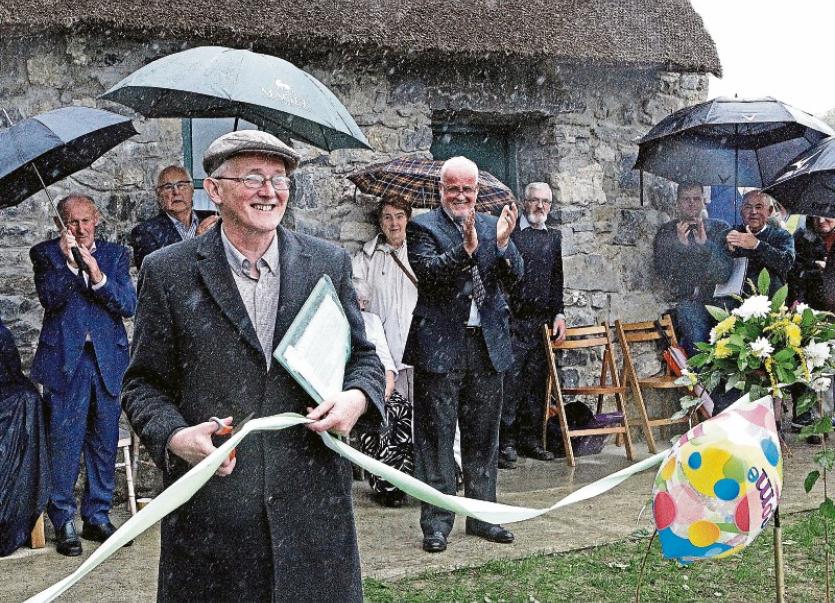 THE FRUITS of two years of hard work by the Newtown Cottage Association to build a hedge school in County Limerick was there for all to see at their official opening and family fun day.

The inclement weather was no barrier to MC and chairman, Jim O’Farrell, who introduced the guests to the huge crowd assembled for this special occasion in Clarina.

The ceremony began with a short procession to the adjoining Sailor’s Haggard where the national flag was presented to Ted O’Leary by the local scout unit. Ted’s grandson, Adam O’Leary, aged seven, then raised the flag and the assembly sang the national anthem.

Dr Matthew Potter, curator of Limerick City Museum, performed the opening ceremony and cut the tape. He spoke of the Potter family links to the cottage and also of the historical background of the now “beautifully restored building which had been used as a hedge school in the past”.

The blessing was performed by Fr Mike Cussen, PP Ballybrown; Rev Enda Wakely, Church of Ireland, and Fr Pat Hogan, PP Moyross. The beautiful music was provided by Ballybrown Church Choir, under the musical direction of Rosaleen Donovan, with John McCarthy performing a number of solos.

A specially commissioned seat in memory of the late Liam Coughlan, designed and made by local man Ger O’Neill with carved dedication by Joe Marsh, was unveiled to commemorate Liam’s close involvement with the restoration project before his untimely death.

Local bard Willie Ryan read a poem he had composed to mark the occasion, followed by PJ Carroll on the accordion who accompanied a local group that waltzed on the permanent open performance platform, much to the delight of the crowd.

Charlie Coughlan, in a Q&A session with Maura Byrnes, shared his reminiscences of the cottage and the families who lived there. While Peter Byrnes, clerk of works of the project, spoke of fishing in the lower Shannon.

Anne O’Brien and Gerry McGrath handed a time capsule to Jamie Guerin who brought it to his granduncle Paddy Guerin. All the children and teenagers assembled for a photograph to be placed in the time capsule before being placed in the ground.

Attendees were really impressed with the heritage museum housed in the cottage, curated by Mike McNamara and Ted O’Leary.

Damien O’Leary and his team provided excellent entertainment for the family fun day, with vintage cars and tractors, sports events, and plenty of music, song and dance with a lovely Ceoltas group to the fore.

Local ladies had worked tirelessly for days to provide traditional hospitality. There was a special tribute to chairman, Jim O’Farrell - a ceramic plaque designating a corner of the site as O’Farrell Corner.

Everybody appreciated the beautiful singing of Fiona Roberts who sang Where the Shannon River meets the Sea.