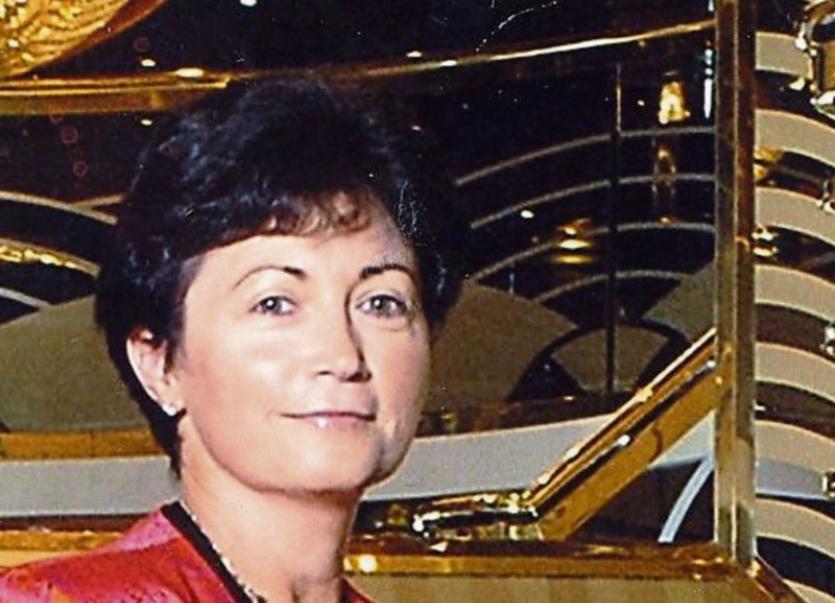 THE PEOPLE of Limerick have raised close to €100,000 for a well-known secondary school teacher with “an inoperable cancer” so she can undergo immunotherapy treat-ment.

Ballyagran woman Miriam Kennedy, who worked as a home economics and Irish teacher in numerous Limerick schools, was told in late 2017 that she had “an inoperable cancer”.

The 48-year-old mother of two said on her GoFundMe page she has been on “an overwhelming life-altering journey” as she had received treatment to shrink tumours and a number of surgeries.

However, in early June this year, proposed further surgery and radiotherapy “were taken off the table” due to the “complex position of one of my tumours” located in a node close to her heart.

“As a consequence, further chemotherapy is also not an option. Disappointingly, I also don't qualify for any trials in Ireland or Europe and currently all frontline treatments have been exhausted to me. In June I felt that my future was similar to being in a short corridor where all the possible exit doors have been locked,” she said.

Fortunately, on June 28, Miriam was informed she was suitable for immunotherapy “which is currently my only treatment option”.

She received the first dose on August 15. However, she said, the downside is that she must self-fund at a cost of €110,000 a year.

This is when she decided to set up the GoFundMe page online.

“This is a yearly expense and for an indefinite amount of time. This is why I am reaching out to you, as the cost of this treatment is too much to sustain for me and my family.

“Normally I am a very private person but I have to do this for my husband and for my children. It’s my only wish in the world and if that means sacrificing my privacy to tell my story then I am glad to do it.”

She concluded: “I know that money can be tight, so please know that every little bit helps me get closer to fulfilling my hope to live and see my children grow up.”

Miriam told the Leader that she is delighted at the response, after hundreds of people have raised more than €98,000 as of this Friday.