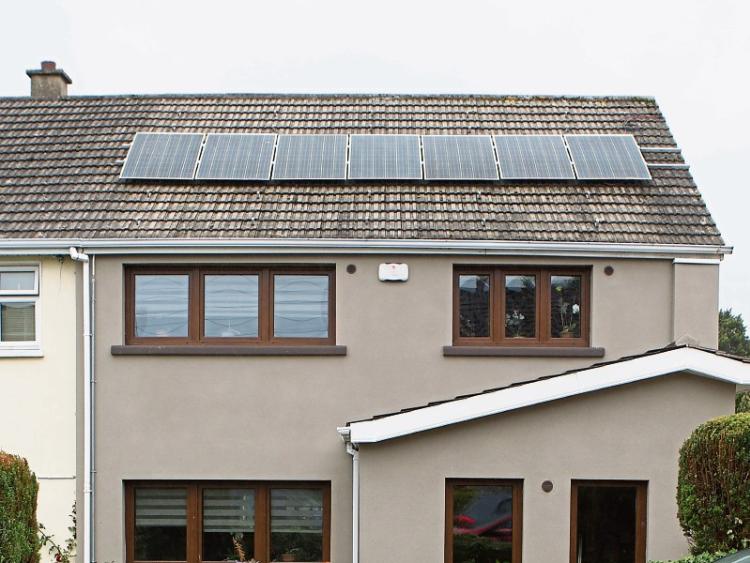 Seven of the original 21 solar panels remain on the roof of the house at Gouldavoher Estate. Below, Asia Pasinska leaving court Pictures: Liam Burke

A SINGLE mother-of-three claims she is being ‘forced’ to burn fossil fuels in her home in Limerick after she was ordered to remove more than a dozen solar panels from the roof.

Asia Pasinska, who lives at Goulavoher Estate, Dooradoyle, is also challenging the decision of Limerick City and County Council to charge her €900 in legal fees and expenses.

Ms Pasinska, who is originally from Poland, is being prosecuted by the local authority for failing to comply with an Enforcement Notice which was served on her in March of this year.

The action was initiated in July and when the matter came before Limerick District Court on Friday, Judge Marian O’Leary was told by solicitor Will Leahy that the central facts and timeline of events are “not in dispute”.

Planning inspector Michael O’Brien said the 21 panels took up almost three times the roofspace as is permitted in the 2001 building development regulations.

He said an inspection was carried out after a complaint was recieved and that warning letter was sent in July 2017.

After Ms Pasinska’s application for retention was refused, a further inspection was carried out and an enforcement notice served on her. 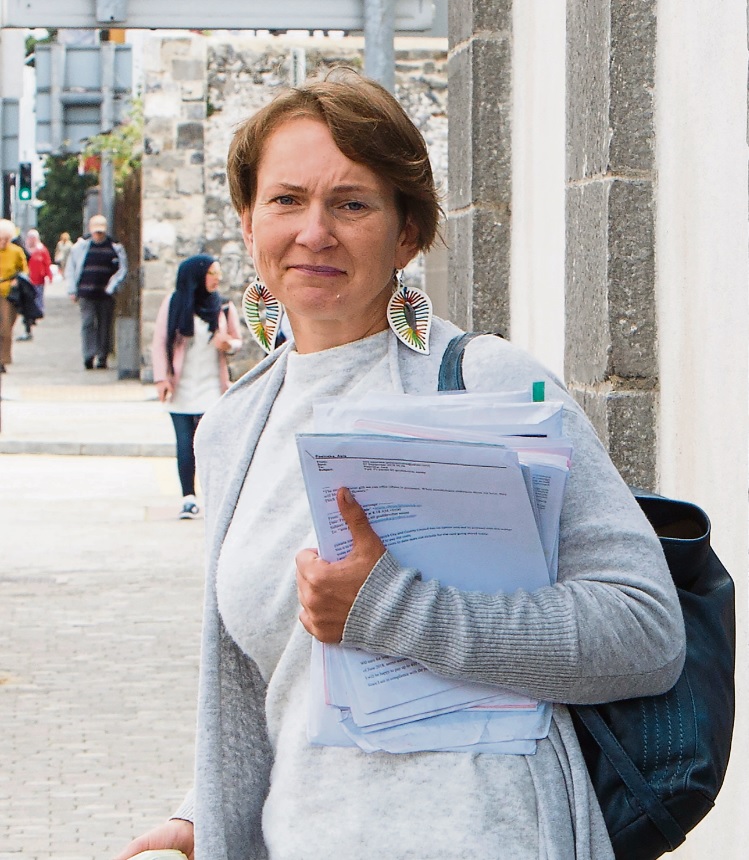 He confirmed that since the court action was initiated, 14 of the 21 panels have been removed and that the council does not have any further concerns.

According to planning documents, local authority planners refused the application for retention stating the solar panels “create a serious visual intrusion” and set an “undesirable precedent”.

In a detailed letter, more than a dozen of Ms Pasinska’s neighbours objected to the application for retention of the solar panels.

In the four-page letter they stated the panels represented an “eyesore” and were likely to affect the value of their homes.

The letter, which was signed by 14 residents, also claimed the panels were “unsightly, dirty and stained” when erected.

During last week’s court proceedings, Ms Pasinka, who represented herself, said the council’s decision to order the removal of two thirds of the panels contradicts Ireland’s policy on climate change.

“The council made me burn fuel, I was a zero waste house (previously) now I am not,” she said.

The mother-of-three, who has been living in Ireland for almost two decades said she had to spend more than €3,000 on a new boiler as the remaining seven solar panels do not generate enough energy for her needs.

The defendant told Judge O’Leary she had been misled by the council and she questioned why she was being asked to pay €900.

“Whatever they have asked me to do, I have done,” she said.

Judge O’Leary adjourned the matter to November  for a full hearing.

A separate appeal is before An Bord Pleanala.