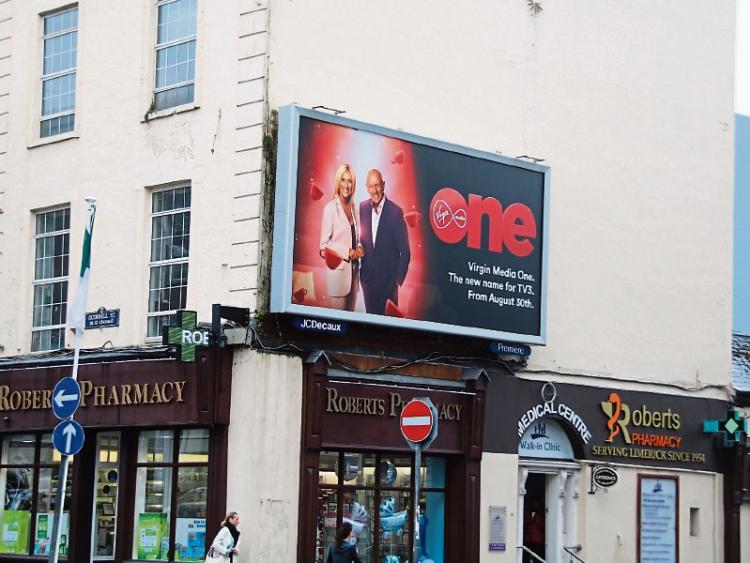 One of the two billboards at the centre of the dispute. They are located at 105 O’Connell Street and at 23 Sarsfield Street

A PLANNING dispute over two billboards in Limerick city centre has been adjourned pending the outcome of a High Court action.

The decision of Limerick City and County Council to refer the matter to An Bord Pleanála for consideration is being challenged by the owners of the billboards – JC Decaux Ireland Ltd.

The local authority is seeking to establish if the “erection of an internally illuminated billboard sign in place of a static/tri-vision billboard sign on the gable wall of a premises” is considered to be an exempt development or if it requires planning permission.

After being informed the High Court case will not be heard until January, Judge Marian O’Leary adjourned the matter to July 5, 2019.