Book of evidence 'not yet complete' in Limerick murder case 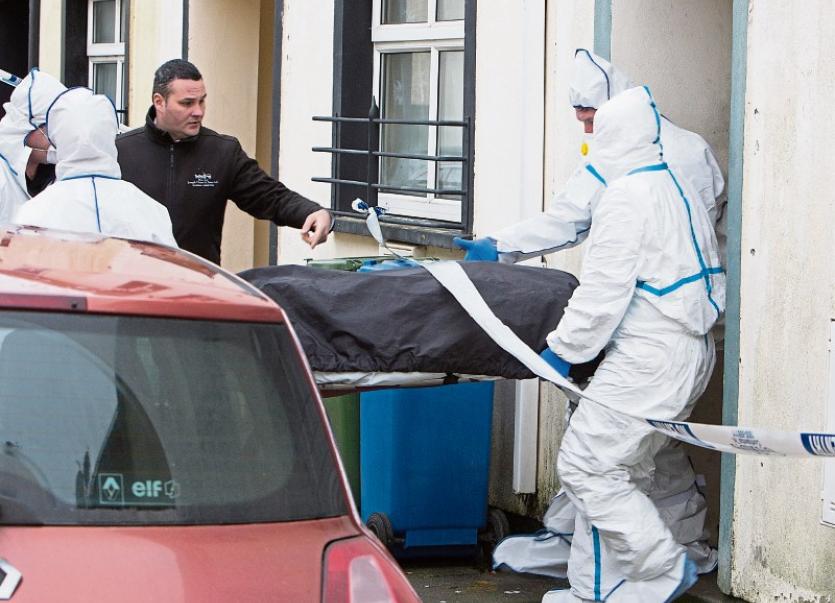 The body of Martin Clancy being removed from the flat at Little O’Curry Street | Picture: Liam Burke

CONCERNS have been expressed about the delay in preparing the book of evidence in the case of a Limerick man who is accused of murdering another man earlier this year.

Alex Kelly, aged 23, who has an address at Valley View, O’Malley Park first appeared in court at the end of July after he was charged with murdering Martin Clancy in January.

The body of the 45-year-old was found dead at his upstairs apartment on Little O’Curry Street on January 7 this year.

Gardai at Henry Street formally launched a murder investigation the following day after they received the results of a post-mortem examination.

While the DPP formally directed trial on indictment during the summer vacation, the book of evidence is not yet complete.

During a procedural hearing at Limerick District Court, Solicitor Tom Kiely noted his client had been interviewed by gardai a number of months before he was charged.

He said he could not understand the delay and sought to have pressure put on the State to progress matters.

Sergeant Donal Cronin said the matter was “not as simple as the defence makes out” and he submitted the book of evidence needed to be “prepared with some some degree of care” given the nature of the charge.

He indicated the book is unlikely to be ready until early next month.

The matter was adjourned to later this month for review.