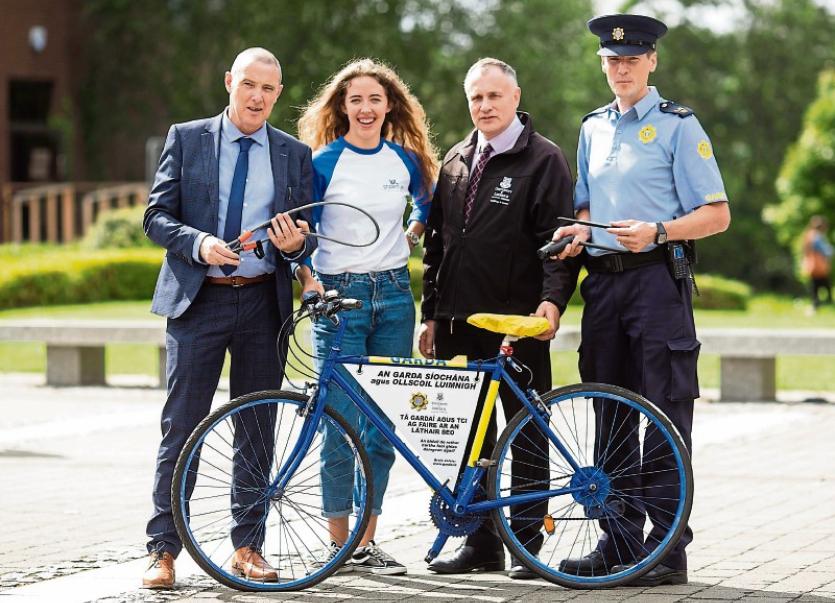 THE UNIVERSITY of Limerick, in conjunction with An Garda Siochana, launched the Blue Bike Campaign to encourage students to better secure their bicycles.

Blue Bikes will be located across the campus to remind cyclists to secure their bicycles.

Kieran Tuite of UL said: “We would encourage as many students and staff as possible to cycle to the campus. Not only is it better for the environment but it has well-documented health benefits.”

Gardaí are also encouraging cyclists to register their bicycles with Henry Street. Further details of the scheme are available from gardaí in Limerick.

Recently published figures show that almost 700 pedal bikes have been stolen across Limerick in recent years with more than half being stolen from public spaces.