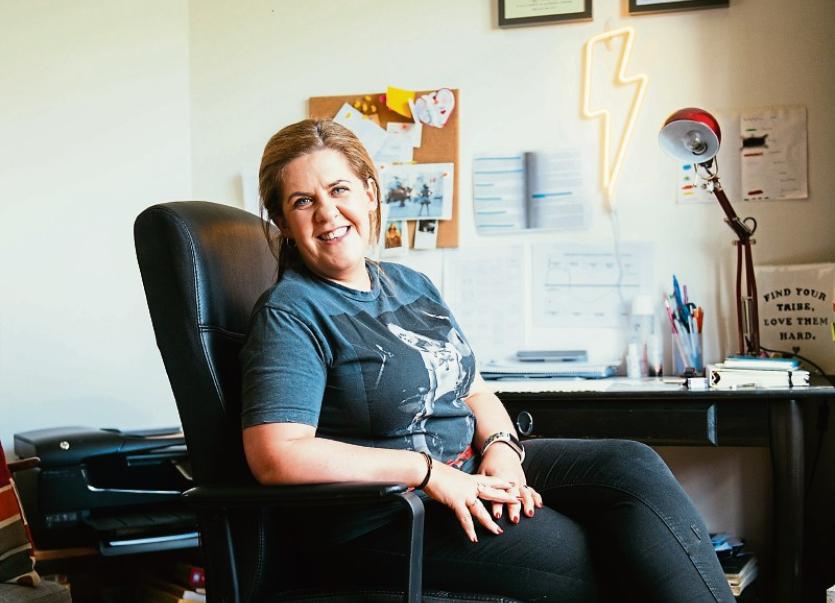 Karol Maria is the only woman to feature in the documentary

WHEN the TV documentary, The John Pauls, airs on RTÉ 1 next Monday, watch out for Maria Ryan from Limerick.

The  documentary tells some of the stories of the one in ten people who were named John Paul following the historic visit to Ireland of Pope John Paul II in 1979 and will look at how their lives panned out over the last four decades during a period of unprecedented economic and social change in Ireland.

But Maria, who was named Karol Maria in honour of the Pope’s own Christian name, Karol Józef, will be the only woman to feature in the documentary. “When they looked for participants, they asked ‘are you John? Are you Paul?’”, Maria recalled this week. But It was, she went on, the week of the last referendum and she was determined that a  woman would get a look in.

Besides, in so many ways, Maria’s own story is a case-study of the changes that have taken place in Ireland over the past 39 years. Maria was born in 1979 in Bessborough Mother and Baby Home in Cork, now one of the homes being looked at by the Commission of Investigation  for Mother and Baby Homes.

She was adopted by Limerick couple, Patrick and Mary Ryan, and lived first in Caherdavin, then in Meelick and somewhere along the way, the Karol got dropped. Later, she went to St Nessan’s and to LIT and now lives and works as a play therapist in Dublin.

But when Maria, at 18, first sought to trace her birth mother, she, like so many other adopted children,  found the door closed in her face. It was only when Túsla took over was she given the information she wanted, some three years ago. “It was very hard to find out what I needed to find,” she explained. When she eventually traced her birth mother, she discovered that her (Maria’s) existence was still “wrapped up in secrecy”.

It is hard, Maria acknowledged, to have a birth mother and birth grandmother that she knows little or nothing about. “It does have an impact on me in the sense of belonging,” she said.

But she found the experience of the documentary very helpful. It gave her, she said, a chance to reflect on the past 39 years and what has changed. “The shame and guilt are no more,” she said. “We are thinking for ourselves.” Women have been empowered more  but she would like to see a greater separation of Church and State in the areas of education and health .

How much of all this comes across in the documentary, Maria doesn’t know. But the cameras did follow her to the Garden of Remembrance and  the Stand for Truth rally on August 26, the day another Pope, Pope Francis, was in Ireland.

Maria is not the only Limerick person to feature in The John Pauls.

Also appearing in the documentary will be John Paul O’Connell and John Paul O’Sullivan from Mountcollins.

JP O’Sullivan was born five days before Pope John Paul II arrived in Ireland and  has lived in Mountcollins all of his life, except for a year working in Holland.

Going to school, there were other John Pauls in the class which, he said, led to great confusion and a lot of messing. His best friend was and remains though  John Paul O’Connell. The two men are now married and remarkably, their wives also share a name, Maura.

The John Pauls will be broadcast on RTE 1 at 9.35pm next Monday.