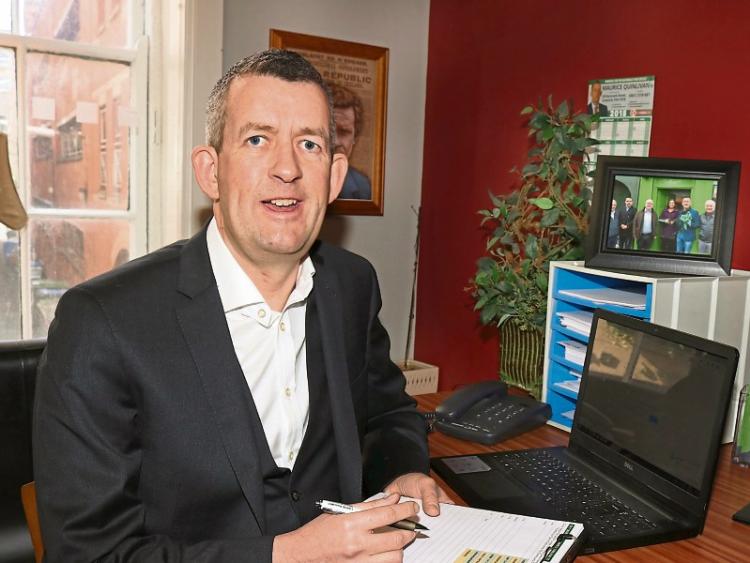 Maurice Quinlivan says his party is considering a motion of No Confidence in Housing Minister Eoghan Murphy Picture: Adrian Butler

LIMERICK TD Maurice Quinlivan has claimed that there are no local authority homes available to let in the entire city metropolitan area.

Mr Quinlivan said he had spoken with a senior housing official who confirmed this fact, while a spokesperson for Limerick City and County Council did not return requests for comment in relation to this.

“This is a shameful situation, years into the housing crisis, especially when you consider the latest figures show there are 2,725 people on the Limerick housing waiting list,” Mr Quinlivan said. “It is a clear example of how the failed Fine Gael housing policies have impacted on Limerick directly.”

He said the frustration grows as people are seeing such a huge number of boarded up council houses in Limerick.

“People rightly cannot understand why these houses are left empty in the middle of a homelessness and housing crisis,” the City TD added.

“Quite simply the government is not providing the funding to refurbish these houses. In 2017, just €215,520 in funding was provided to Limerick Council to return vacant social housing units to use, down from €915,969 in 2014.”

“Government spin on this issue will house nobody,” Mr Quinlivan added, confirming his party is seeking to table a No Confidence motion on Housing Minister Eoghan Murphy.