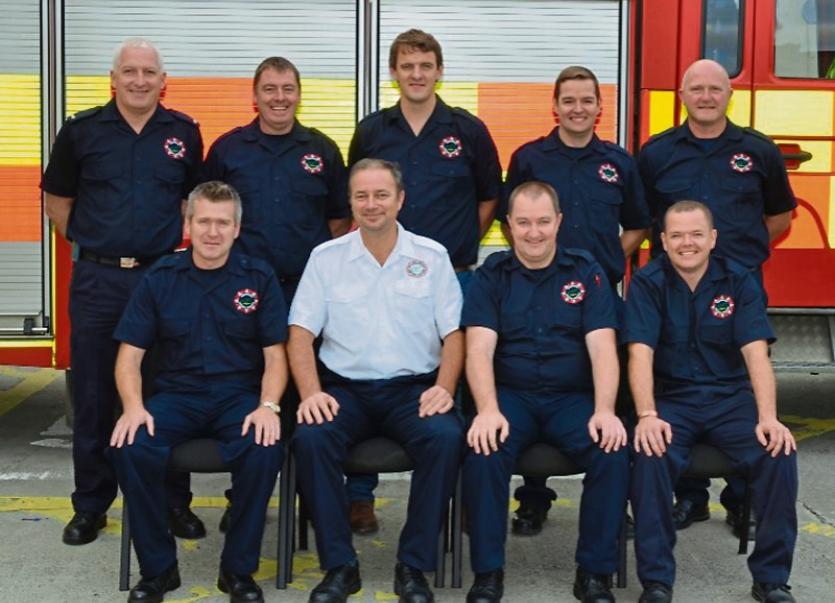 FIFTY years of commitment, dedication and honourable public service will be saluted this Friday in Abbeyfeale where a special ceremony will take place to mark the 50th anniversary of the  town’s fire-brigade.

Set up in the aftermath of  a serious house fire in the town, 10 men took on the job of retained firemen in 1968. Sadly, the town’s first station officer, Dick Danaher has since died but second in command Frank Dennison will recall memories of the early days at Friday’s ceremony.

Among the events he will recall will be the day one of the crew, Patie Boy Harnett, rescued a small child from his cot on the top floor of a house in New Street.

“He had no breathing apparatus,” Mr Dennison  recalled this week. But he went up the ladder, broke the window and crawled under the smoke in his search for the child.

“The father was waiting at the head of the ladder and he handed the son to the father,” Mr Dennison said, adding that the incident led to a new respect for the work and commitment of the firemen.

Friday’s ceremony will begin with a special Mass at 7pm and will be followed by a reception at the fire-station hosted by Limerick City and County Council. Past and present firefighters and their families as well as members of the community and of the other emergency services will attend as will Chief Fire Officer Michael Ryan.

“It is great to see the service of firefighters over the years being recognised,” Mr Dennison said.

He paid tribute to former firemen but also acknowledged the immense work done by the fire service this summer dealing with gorse and bog fires and bonfires. He would like to see more money being spent on the grassroots service rather than at the top, he said.

Marking 50 years of commitment and bravery 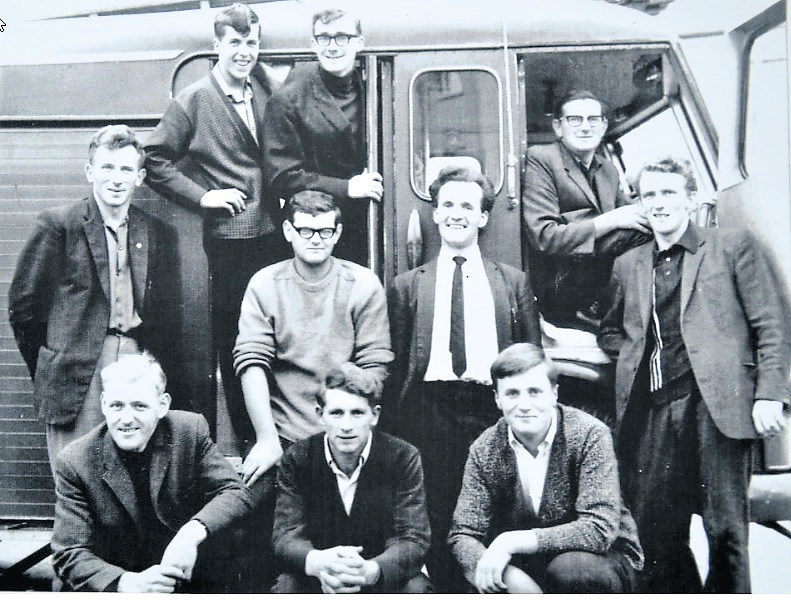 Half a century after a fire-brigade service was established in Abbeyfeale, past and current members of the service, their families and members of the community they serve will come together this Friday to celebrate the occasion and to mark the anniversary in what will above all be a reunion for the men who took up their posts in late 1968, all but one of whom, Dick Danaher, are still alive.

It is hard to credit now but the first Fire Brigades Act was only passed in Ireland in 1940, in response to the dangers of bombings as a result of World War II. In County Limerick, the fire service did not get off the ground until 1942 when Rathkeale man John Doyle was appointed captain and told to recruit a team.

Up to then, local groups of Civil Defence members or neighbours dealt with fires or called on the Limerick city service.

As captain, John Doyle, known by his nickname, Firedog, recruited five men and set up  the first unit in Rathkeale with the Green Goddess, a Sultzer appliance brought from Dublin. Fire brigades in Newcastle West and Kilmallock followed in the late 1940s, but it was 1968 before Abbeyfeale was established.

The impetus for an  Abbeyfeale unit came from a major fire in the town in June 1964. The fire began in a two-storey house on Main Street in the early afternoon. The nearest brigades at the time were in Listowel and Newcastle West but by the time they had been alerted and arrived on the scene, the house was completely destroyed and all the men could do was save the adjoining buildings which were in grave danger.

Following this incident, and the fear of worse, an approach was made to the then Limerick County Council. Local councillors and members of the fledgeling development association met with the council and following several meetings, agreement was reached. Abbeyfeale was to get its own fire brigade.

At that time, Rathkeale, Newcastle West and Kilmallock were the only towns to have a fire service in the county.

When the night for enrolment for potential members rolled around, some 40 men turned up at St Ita’s Hall. Training took place down at the river, with the men being trained on the basics of running out hoses and connecting a pump to the open water.

A Land Rover, with a trailer and a portable pump were provided by the council and stored at the rear of Tom  Tobin’s Hall. Negotiations were also concluded to buy a site for a fire station, the same site where today’s modern station is located.

On December 21, 1968 a new, modern fire engine was delivered and blessed and in 1970, a new, one-bay station was officially opened and a siren installed alongside the building.

Up to then, the old method of calling out the fire-brigade involved a 999 call which was routed by the An Garda Siochana to either Dick Danaher or Frank Dennison, who had to be available to answer the calls on a 24/7 and 365 day basis. They then phoned the crew members who had phones or ran to their homes, where there were no phones.

The siren did away with that. This was acceptable by day, but by night caused annoyance to those close to the station who were not in the fire brigade. In due course alarm bells were fitted in all firefighters’ homes and the station officers could activate these from their own homes. This was regarded as a welcome development in the town.

Today, modern technology allows firefighters to carry personal alerters and all 999 fire calls come through a central centre for all Munster which is located in Limerick city.