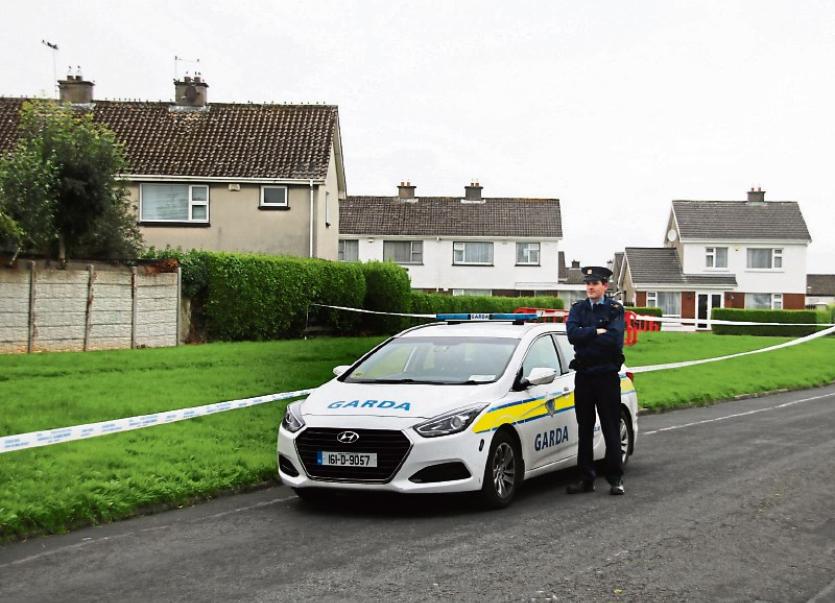 Garda at the crime scene of the double stabbing in Woodbine Avenue, Caherdavin Picture: Adrian Butler

A YOUNG MAN who suffered stab wounds to the head in an early morning assault is still being treated at Cork University Hospital.

In the early hours of Monday, August 20, two men suffered stab wounds in Woodbine Avenue, Caherdavin, on the northside of the city.

The two men, aged 22 and 23, were taken to Cork University Hospital that morning. The 22-year-old male was discharged from CUH on Wednesday morning.

The 23-year-old man’s injuries were described as serious and life-threatening, and it is understood that he remains in a critical condition.

On Wednesday night, Henry Street gardai arrested a 26-year-old man in connection with the double stabbing.

After being formally charged on Thursday night, the man appeared before Nenagh District Court, charged with two counts of assault causing harm. The accused was remanded on bail.

Gardai at Henry Street had cordoned off two crime scenes; the green at Woodbine Avenue and Blackthorn Drive; and a small section of an estate by Walnut Drive.

The double stabbing occurred outside Christ the King Church.

Extensive searches and door-to-door interviews were carried out in the area.

In a separate incident on Tuesday, August 21, gardai were called to the scene of a non-fatal stabbing at the North Star Bar, at Treaty Terrace, Thomondgate.

The incident occurred at around 8.45pm, when an individual allegedly entered the pub and stabbed a man in his 30s.

The man was taken to University Hospital Limerick where his injuries were being treated as non-life-threatening.

Gardai have yet to make an arrest in connection with this incident, but are carrying out extensive investigations, including accessing CCTV footage in the area.

It was the third stabbing in less than 48 hours in the northside of the city.

Anyone with information in connection to either incidents are asked to contact Henry Street garda station at 061 212400 or via the Garda Confidential Line at 1800 666111.