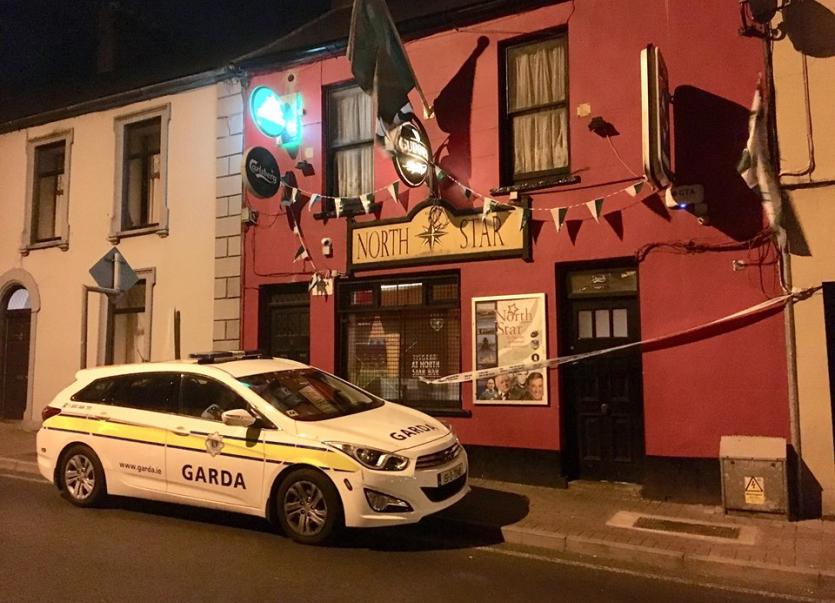 The scene of the stabbing incident in Thomondgate PICTURE: LIMERICK LEADER

GARDAI have launched an investigation into an incident in a Limerick city pub, where a man was stabbed this Tuesday night

The incident occurred at the North Star Bar at Treaty Terrace, Thomondgate shortly before 9pm.

There are reports that a man received stab wounds to the body.

A male has been taken to University Hospital Limerick, where his injuries are said to be non life-threatening.

This is the second stabbing incident in less than 48 hours in the northside of the city.

Gardai have preserved the scene for technical examinations.

A spokesperson for the gardai told the Leader this Wednesday morning: "Gardaì in Henry Street are investigating an assault incident that occurred at a public house in Thomondgate at approximately 8.45pm [yesterday] evening the 21st August 2018. A man in his late 30s received apparent stab wounds and was brought to University Hospital Limerick.

"His injuries are not believed to be life threatening. No arrests have been made and the investigation is ongoing."