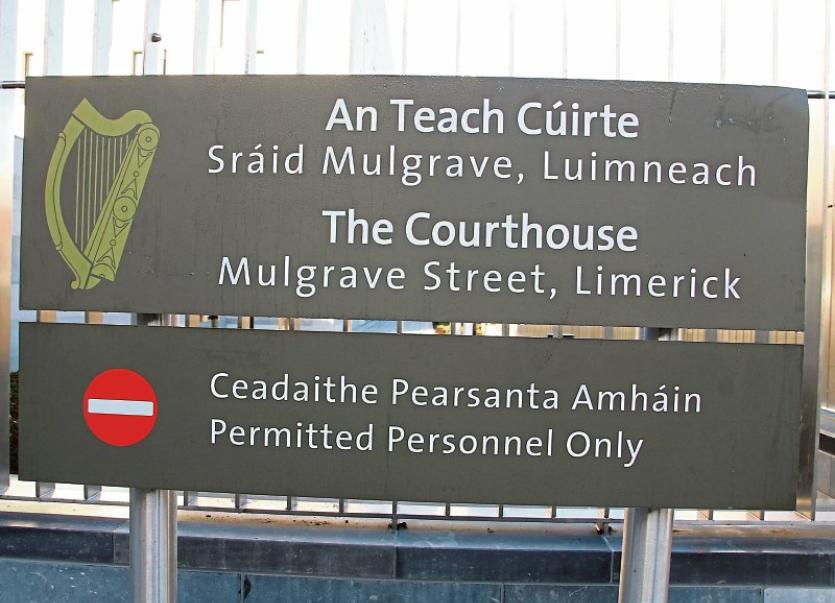 The boy, who cannot be named for legal reasons, is facing nine charges of theft, burglary, criminal damage and trespassing.

A JUDGE has remanded a 14-year-old boy in Oberstown Children Detention Centre, after he was arrested in connection with an alleged theft of copper, just three days after he was granted bail at another court.

The boy, who cannot be named for legal reasons, is facing nine charges of theft, burglary, criminal damage and trespassing.

At a vacation sitting of the Limerick District Court last week, Gda Shane Kirwan, of Roxboro Road garda station, said the State was objecting to the accused’s bail.

Gda Kirwan said it will be the State’s case that gardai received a call at 7.10pm on August 7 that three males had entered an address at O’Malley Park through the back of the house.

He said that damage was done to a shutter and a back window.

Gda Kirwan said it will be the State’s case that an iron bar was thrown at the gardai. The garda did not specify which male threw the iron bar.

He said that boy was allegedly “out looking to get copper”.

He said that the accused allegedly “attempted to flee by jumping walls” but was later arrested. Gda Kirwan said he “made certain admissions” when questioned at Roxboro Road.

The court heard that the boy was granted bail on August 3 in relation to similar offences at Nenagh District Court.

The court heard that the accused, on August 1, allegedly stole a chocolate bar and a bottle of Lucozade and concealed them in his clothes.

The court heard that the accused faces five counts of theft, two counts of burglary, one count of criminal damage and one count of trespassing a property.

Gda Kirwan said: “We believe that if he was to get bail today, he will commit further serious offences.”

The court heard that the boy had been “without parental control” for up to three months, and at the time of previous alleged offences, he was living with his teenage brother.

Defending solicitor Sarah Ryan said that she was instructed that the boy was staying with his mother in refuge accommodation following his appearance at Nenagh Court.

She told Judge Marian O’Leary: “My client would say that he wasn’t the ringleader of the three.”

When the accused’s mother took the stand, she told the judge that his parents have told him to stay away from the two other boys.

The court heard that his parents are separated. It was suggested the boy stay away from a residential area in the city, but the mother said the accused “has family there”.