Rovers return: Big boost for Limerick's Ballynanty as Bateman Park is bought up 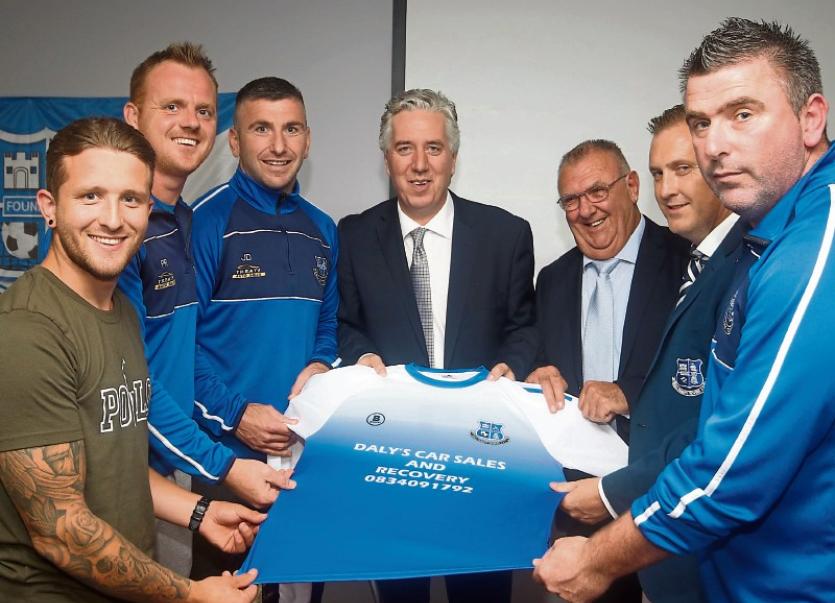 IT was a night of celebration at Thomond Park as a top Limerick junior soccer club purchased their spiritual home.

Ballynanty Rovers have confirmed the purchase of Bateman Park from the family of the same name – and staff have now set in place a five-stage plan to make it the envy of the local footballing world. It is situated on the Meelick road past the entrance to Moyross.

In front of a packed audience at Thomond Park, including the chief executive of the FAI John Delaney, and local club legends, proposals were unveiled to level the pitch, and create a hybrid surface of synthetic and grass, plus training areas, and meeting rooms.

“The plan is a modern grass playing surface, changing rooms, wrap-around secure fencing with secure entry and exit, plus practice and warm up areas,” said Ray O’Halloran, the club’s vice-chairman, “That’s the vision. Needless to say, we need to finish it with floodlights. For the modern day junior footballer, Sunday mornings are a no-go. This will move to Friday and Saturday night football, plus midweek soccer. We need to get prepared for this.”

During the event, Mr Delaney surprised those present by affording Ballynanty Rovers €10,000 from the FAI to help their plan.

“Everybody needs a home: this is a very honest project, this is a facility for children. When the purchase of Bateman Park was back on the agenda, we just said we had to help. The cheque was posted today,” the FAI boss said, “But tonight is just the beginning. Let me make one thing clear: we won’t be found wanting in the future as you progress your plans.”

Mr O’Halloran urged further support and the raising of awareness, particularly from this group.​“This is our Olympic torch, our starting point. We need your support. Allow us to secure the future for our schoolboys in Ballynanty Rovers,” he added. Mayor Collins added: “Bateman Park has always been a tough ground for opposing teams to visit, yet it is very welcoming to people of all ages. It’s a focal point for those who love soccer, especially on the northside.”