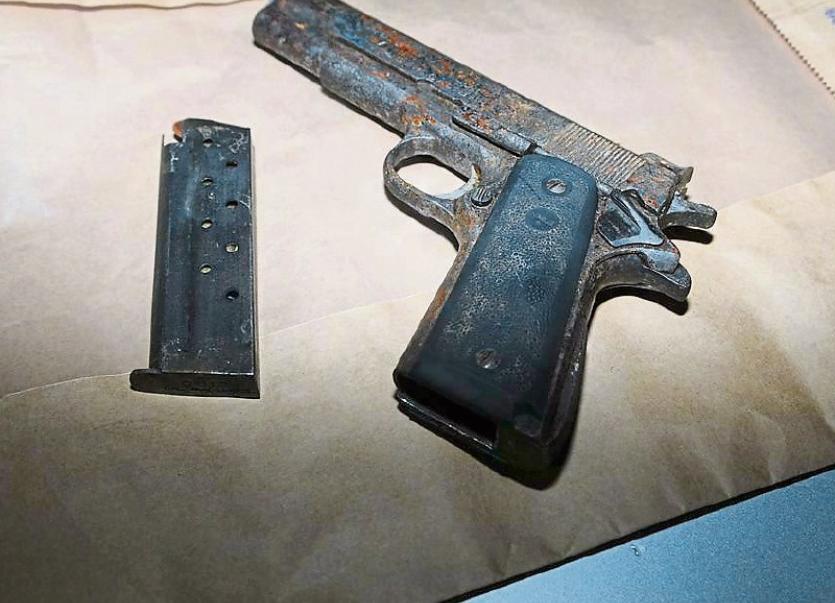 TWO LIMERICK city men who were arrested during a garda operation targeting organised crime have been remanded in custody for another four weeks.

The two men, who were arrested two weeks ago and detained under Section 30 of the Offences Against the State Act appeared before Judge Marian O’Leary via video-link at a vacation sitting of Limerick District Court last week.

John O’Donoghue, 29, who has an address of Cliona Park, Moyross and Paul Whelan, aged 24, of Dalgaish Park, Moyross are each charged with possession of a 9mm Colt pistol at Park Road, Corbally under Section 27a of the Firearms Act.

At a previous vacation sitting at Tralee District Court, Gda Rob Sheehy gave evidence that at 11.47pm on Monday, July 30, he arrested the accused John O’Donoghue and conveyed him to Henry Street garda station.

On August 1, he charged O’Donoghue and cautioned him but O’Donoghue made no reply to the charge.

Garda Dermot Cummins told the court that he arrested Paul Whelan at the same time on Monday, cautioned him and brought him to Henry Street garda station where on August 1, he charged and cautioned him.

Paul Whelan, he said, made no reply to the charge.

At a vacation hearing in Tralee, Solicitor Ted McCarthy appearing for both men said he had no questions arising from the arrest of his clients. He said neither was seeking bail.

He asked to be assigned legal aid as both men are unemployed.

At last Wednesday’s hearing, Sgt Donal Cronin, of Henry Street garda station, said that they were awaiting directions from the Director of Public Prosecutions.

Judge Marian O’Leary remanded the two men in custody until September 4, when they will appear via video-link at Limerick District Court.