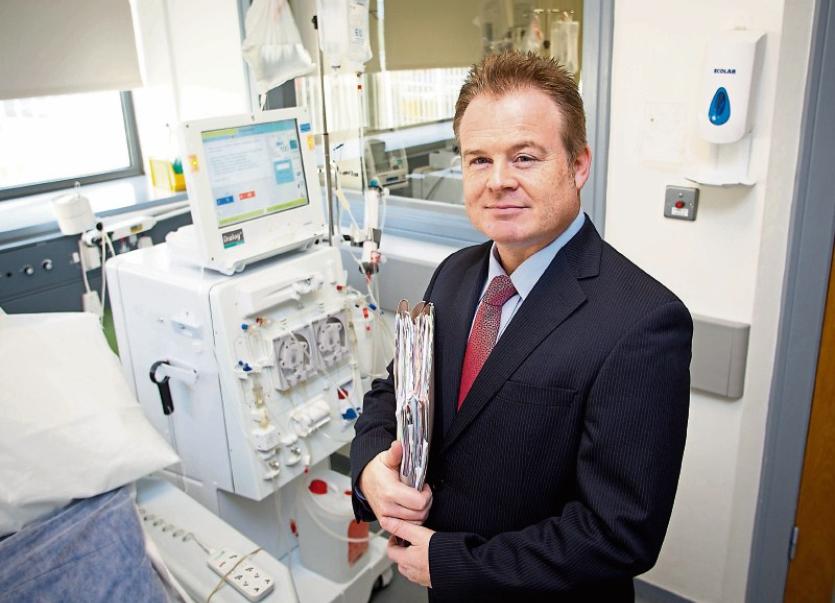 RATES of acute kidney injury (AKI) among Irish patients have more than doubled in the last 10 years, according to a new study led by researchers at the University of Limerick.

With patients who suffer a long term AKI more prone to kidney failure and early death, AKI describes the sudden, and often temporary, loss of function that occurs when the kidney is damaged.

The injury increased here by 126% between 2005 and 2014, according to the largest study of its kind, led by researchers at the Graduate Entry Medical School (GEMS).

“The first step is to recognise that we have a problem across the health system,” he added.

AKI is caused by severe dehydration, acute illnesses like pneumonia, blood loss or even certain medications like anti-inflammatory drugs.

Researchers used data from the National Kidney Disease Surveillance System, based in UL’s GEMS, to track trends in the rates of AKI from 2005 to 2014.

The study found that the trend of rising rates of AKI was observed in both hospital and non-hospital settings, and among both men and women.

The highest rates of AKI were detected among hospitalised patients where the rates increased from 28.8% in 2005 to 46.2% in 2014, the study also found.

Dr Leonard Browne, senior author of the study and research fellow said: “The increase in AKI could in part be explained by an increase in the number of elderly patients in the health system and a larger proportion of patients with poorer kidney function.”

Strategies to prevent AKI include greater public and physician awareness, early identification and early detection, early use of treatment strategies, avoidance of drugs that damage the kidney and the early referral to kidney specialists, according to Professor Stack.

“We would advocate for the development and implementation of a national strategy designed to prevent the occurrence of AKI and its consequences in the health system,” he added.

The research, part funded by the Health Research Board, is published this Tuesday in the academic journal, Nephrology Dialysis Transplantation.