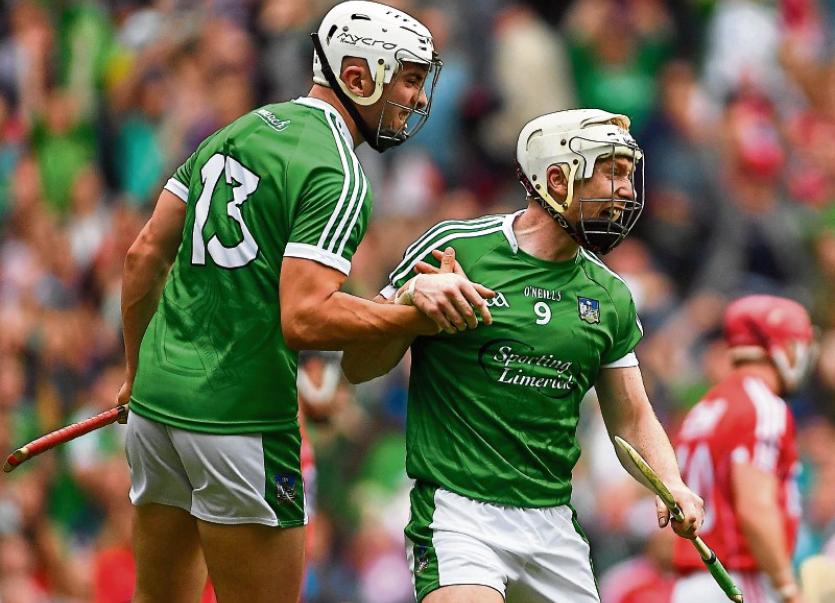 NOT TOO many primary schools would have such strong links to Limerick hurling as Patrickswell NS.

Three of the starting Limerick team from last Sunday — Aaron Gillane, Cian Lynch and Diarmaid Byrnes — are past-pupils of the national school. All of them cut their teeth on the same school hurling team.

Goalie Nickie Quaid, who pulled off a heroic save that has since gone viral and been featured in US magazine Sports Illustrated, will also start as a teacher in Patrickswell this September.

“Everyone is looking up to them and looking forward to the day,” said principal David Bulfin.

“The three past-pupils have been great role models for everyone in the parish and in the school. The bond that the three of them have can be seen throughout the panel this year, it’s a very close-knit group,” he said.

And Mr Bulfin would know a thing or two about such a high-stakes game. He was on the panel for Limerick’s last All-Ireland final, in 2007 – also as a goalie.

“When they were in school they would have been on the same hurling team all the way up. I taught Cian and Aaron, they are the same age,” said Mr Bulfin.

“That the three of them have played such a big part throughout the year is just great for the kids. They are unbelievable to give up their time if we ever need anything at the school, and they are very approachable,” he said.

With Nickie Quaid coming on board as a new teacher in September, the kids going into fifth class must be the most excited group in Ireland to get back to the school grind.

“The kids are looking forward to Nickie starting. There’ll be huge excitement with him around, when they heard he was coming they were very excited,” said Mr Bulfin.

The Effin goalie has taught in Ardagh and Bruree in the last number of years, and has now secured a permanent position in Patrickswell.

“The All-Ireland is two weeks earlier this year which is even better. I know the last time, in 2007, the final was sometime around the day we started school - it’s not ideal for a primary school teacher! Hopefully this year he will be able to bring the cup with the boys.

“Cian and Aaron would have brought the Harty Cup when they won it, and when they won the U-21s, they brought it out to the school as well. Aaron was actually coaching the junior and senior infants two years ago. All three of them would still have cousins in the school.”

After Sunday’s stunning showdown against the Rebels in Croke Park, the Patrickswell school account tweeted about the team’s “fantastic heart, passion and skill”. Aaron Gillane was awarded Man of the Match for his performance.

“We are very proud of the four of you. Remember kids, today’s victory is what comes from practice and hard work.”

Despite their youth, the Patrickswell players have been prominent on the Limerick team. But that’s no surprise to their old teachers.

Their trainer on the school team was Paul O’Connor, and former principal Ciaran Crowe also helped to develop the lads into the hurlers they are today.

“The three of them would have had leadership qualities in primary school,” said Mr Bulfin.

Mr O’Connor often said that if training wasn’t going well, “it would have been one of those three lads that would have driven the team on”, encouraging those who might not have been as good at hurling.

“Because in every school team, you’ll have strong players and weaker ones as well. They were always good team players, they would always encourage, they would never get on anyone’s back, they would put in the work at training, just dedicated. You can see that all throughout the panel this year, the dedication.

“They keep their feet on their ground. It’s great to see that they’re focusing on the final now, and not just happy to get there.”