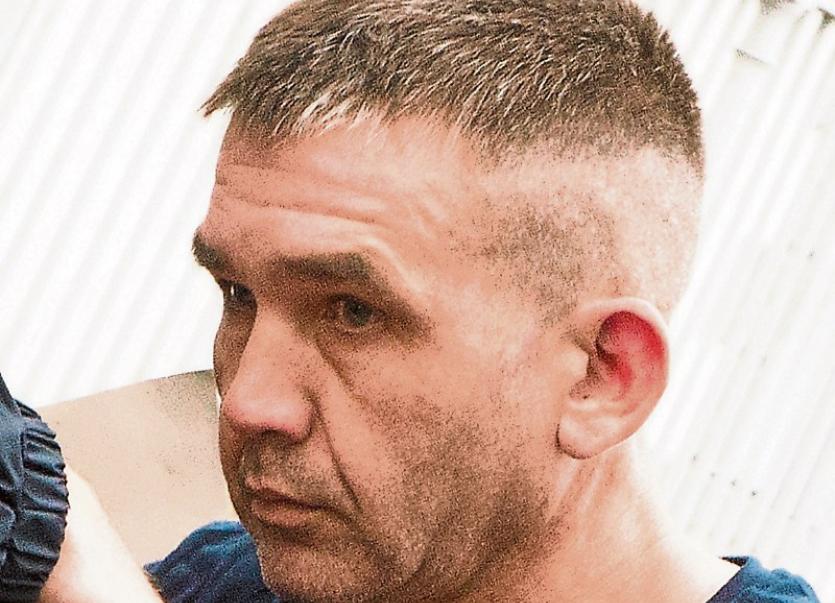 A LIMERICK MAN who falsely imprisoned his elderly father in a hotel in the midlands for several days was previously deported from the United States as he had been living there illegally.

James O’Connor, aged 41, who has an address at Lord Edward Street, Limerick,  has also admitted forcing his father – Jim O’Connor –  to withdraw more than €8,000 from his post office and credit union accounts in the city.

During a sentencing hearing, Detective Garda Brian Colbert said the now 80-year-old victim was reported missing on May 29, 2017 after members of his family expressed concerns to gardai that he was in the company of his son.

“They were concerned about his behaviour towards his father,” he told John O’Sullivan, BL, prosecuting.

Judge Tom O’Donnell was told Jim O’Connor was located near Portlaoise a number of days later after gardai in the midlands were alerted to reports that an elderly man was being held captive in a car.

Mr O’Connor, who was wearing slippers, was crying and in a distressed state when encountered by local gardai who responded to the call.

When interviewed, the pensioner said he had been held against his will by his son and that he had been put under pressure to withdraw monies from his credit union and post office accounts.

He said the defendant had also refused to let him speak with other members of his family.

He said the defendant, who has a number of previous convictions, made no admissions following his arrest a number of days after his father was located.

”Nothing of evidential value emerged,” Mr O’Sullivan told the court.

Limerick Circuit Court was told James O’Connor moved to America almost 20 years ago and despite being legally married and running a business there he was deported in 2009.

Brian McInerney BL said his client has been unable to return to the United States and that he has been living a “chaotic lifestyle” since he returned to Ireland.

He said he was paying his way during his time in America as he was working as a painter/decorator and had his own home and van.

“It (his deportation) had a bad effect on him, effectively he has been living as a recluse,” he said adding that his wife had “no interest” in moving to Ireland.

The barrister said his client has had difficulties “transitioning back into life in Ireland” and he asked that he receive maximum credit for his guilty plea as it averted the need for what could have been a complex and lengthy trial.

Detective Garda Culbert agreed the defendant has no trappings of wealth and that he has been living a “Walter Mitty existence” in recent times.

While the incident has “fractured” the O’Connor family, the detective said Jim O’Connor was hopeful there can still be a relationship between him and his son once the court process has concluded.

Mr McInerney asked the court to note his client’s entire way of life was ended “in a matter of hours” when he was detained and deported from the United States.

He said he has had difficulties with illicit substances since and he asked the court to have regard to the concept of rehabilitation.

After hearing the evidence, Judge O’Donnell said the matter would require the “deepest of consideration” before he imposes sentence.

Adjourning the matter to October, he commented that the “forgiving air” to Jim O’Connor’s victim impact statement was exemplary.

While James O’Connor was previously granted bail by the High Court, he remains in custody as he has not been able to meet the terms of the bail as set down by the court.

The maximum sentence for false imprisonment is life while a ten year sentence is applicable for each of the theft offences.