Prison officers assaulted while at work outside Limerick courthouse 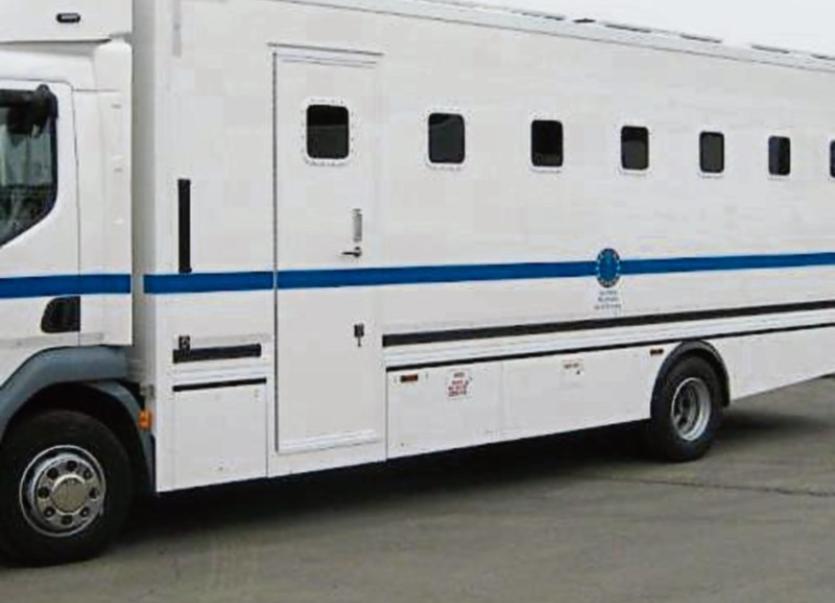 TWO prison officers have been assaulted outside a courthouse in County Limerick while conveying a prisoner to court.

The prison officers, a female and a male were assaulted in the incident, and were left with what are being called “minor injuries” after the July 13 assault outside Newcastle West court.

It is understood that the female officer suffered broken or fractured ribs, and received treatment in hospital for her injuries.

The van was parked on the street outside the court when it is believed that two to three males set upon the officers.

Gardai are looking to establish whether those who carried out the assault are related in any way to the prisoner who was being conveyed by the two officers.

The incident is “still under investigation” but no arrests have been made “as of yet”, according to a garda source.

The injured female officer attended St John’s Hospital on the day of the incident and received treatment. She was not admitted for a long-term stay.

The officers would have been part of an escort corps for prisoners, and would not be stationed within a specific prison.

The same week, it emerged that assaults on prison officers by inmates have increased over the last three years – but these figures do not represent assaults by non-prisoner assailants.

At this year’s Prison Officers Association Annual Delegate Conference, in April, the association’s outgoing president Stephen Delaney said that “the assault of a prison officer was a rarity” 30 years ago, and has now become “the norm”.

“The current amount and seriousness of assaults on our members is simply not acceptable or sustainable,” he said.

He outlined a series of assaults which have taken place nationally in the last year, including the sexual assault of a female prison officer.

“I am now calling on the Minister (for Justice) to announce an independent analysis of assaults on our members while at work,” Mr Delaney said at the time.

“This analysis should lead to recommendations on how our members can experience a safe place of work. Surely this is not too much to ask in 2018.

“I appreciate that your advisers in the department will explain these assaults away as ‘one of the risks of the job’ and ‘they joined knowing about the possibility of assaults’ – and you must reject these explanations out of hand.

“My members deserve and expect better,” he added.