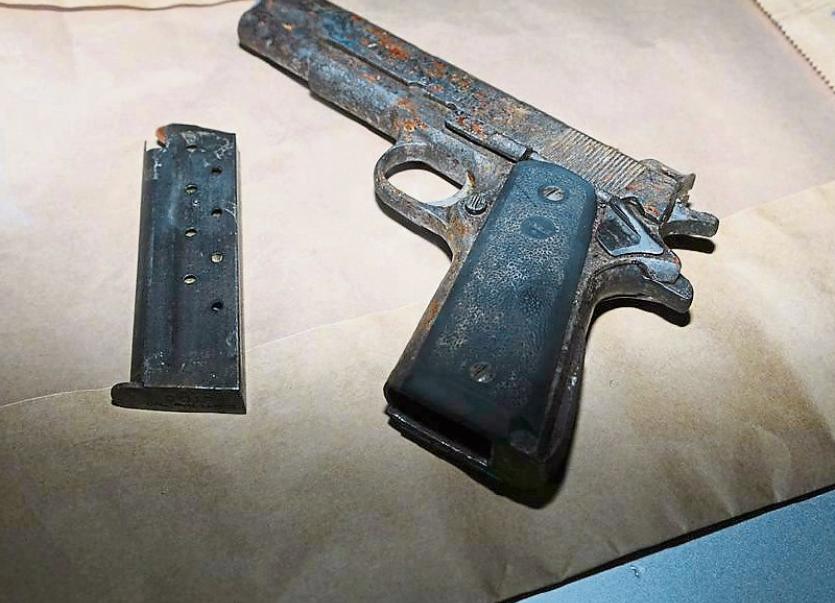 TWO men arrested following the seizure of a loaded gun in Limerick city have been charged and are expected to appear in court this Thursday morning.

The pair – aged 25 and 29 – were arrested after gardai intercepted a car in the Corbally area of the city on Monday night.

The operation which involved gardai from the Limerick division and a number of national units was targeting the activities of organised criminals in the city.

“A number of Garda vehicles were rammed when the driver tried to take evasive action. No persons were injured. A search of the vehicle was conducted and Gardaí recovered a semi-automatic Luger pistol, loaded with 10 rounds of ammunition,” a garda spokesperson said.

Following their arrest, the suspects were taken to Henry Street garda station for questioning.

Gardai have confirmed that following consultations with the Director of Public Prosecutions, both men have been charged and will appear before a vacation sitting of Tralee District Court this Thursday.