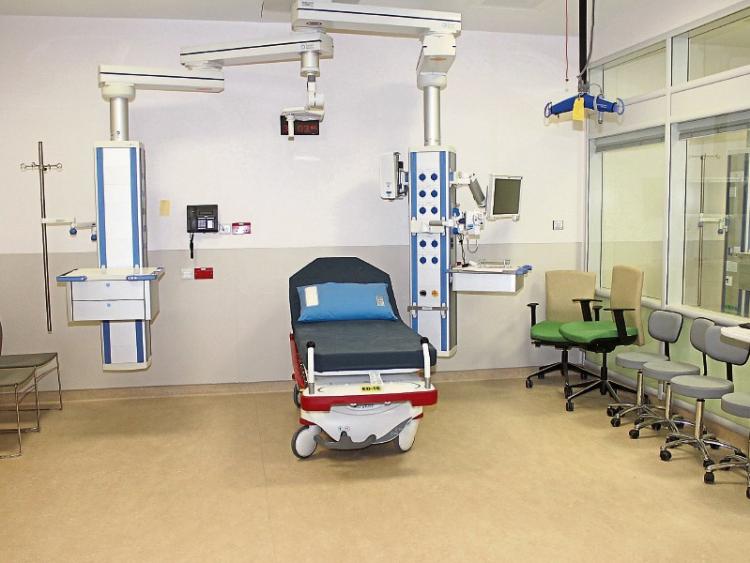 THE CHAOS at University Hospital Limerick is likely to continue for another year despite new efforts made by management and staff, as it waits for the green light for an interim 60-bed block.

In recent weeks, UHL has endured winter levels of overcrowding in its emergency department and wards. This Monday, there were 61 patients being treated on emergency department trolleys and on additional trolleys or beds in the wards at UHL, a figure which declined slightly to 49 on Tuesday, according to figures published by the Irish Nurses and Midwives Organisation.

Amid the ongoing trolley crisis, there are 40 nurse vacancies and eight vacancies for non-consultant hospital doctors at UHL.

UHL recently applied for planning permission to construct a 60-bed block in Dooradoyle, an interim measure before a €25m 96-bed block is built by 2021.

However, it will not be until late 2019 before the 60-bed block is delivered, following another busy winter and flu season.

The Limerick Leader recently asked UL Hospitals CEO, Prof Colette Cowan what interim measures were being applied before the construction of the 60-bed block.

She said: “Well, the interim measure is what we do everyday, all day, so we are the busiest ED in the country. The footfall remains high for this month.”

A spokesperson for the UL Hospitals Group said that a number of initiatives are being carried out ahead of the busy winter period. They include a review of last year’s winter plan; admission avoidance for a number of conditions, including respiratory conditions, seizures, deep venous thrombosis and pulmonary embolism; an additional 19 beds in the old emergency department; additional critical care beds; and the redevelopment of a medical ward in Nenagh, which will relieve beds in Dooradoyle.

Deputy Jan O’Sullivan said that it was essential that the 60-bed block is progressed as quickly as possible and that the HSE “doesn’t hold it up by delaying funding approval”.

“I am very fearful for patients and their families as  well as staff if they have to endure the kind of overcrowding that makes UL Hospital Limerick consistently top the list of patients on trolleys for much longer.”