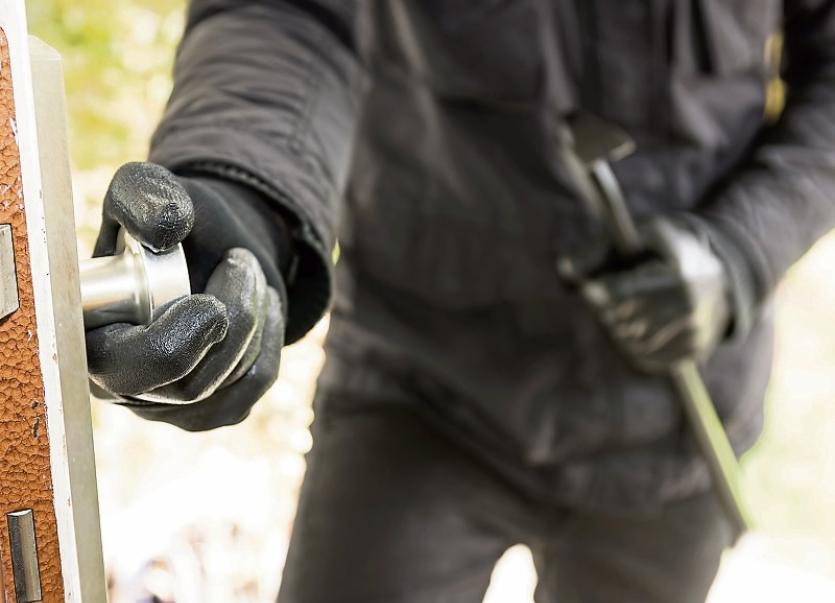 GARDAI in Limerick are warning homeowners about the importance of house alarms and “not to take a chance” in the warm weather by leaving windows open.

It comes after the owner of a house in Newcastle West discovered a thief leaving his house out a window.

“The owner of a house in the Newcastle West area was asleep when he was alerted by his house alarm that there was an activation downstairs,” said a spokesperson.

“On going downstairs, he discovered a male leaving his house by a window with his car keys. The owner gave chase and the car keys were dropped and recovered. The owner had left a window open but once the thief entered the house the alarm was activated and he was interrupted,” added the spokesperson.

In another incident in Castletroy, a home was broken into after window was left open.

“They got in through a rear window where the owner had left a small window open but of course they were able to reach in and unlock the bigger window and so climb in,” said the garda spoksperson.

“Don’t take the chance of leaving a window open, even a small window. I know the weather is very warm but it’s not worth it if somebody gets into your house.”

Gardai said “serious consideration should be given to installing a house alarm".

“It’s fantastic peace of mind and with today’s technology you will be alerted to your mobile phone if there is an activation. You can also have other trusted persons alerted if your alarm is activated so that they can check out you home if you’re too far away.”

Gardai also warned that doors must be correctly locked.

“If your door is the type whereby the handle must be pushed up and the key turned to lock it then it’s very important to do this every time you leave your home. The door is not properly locked unless the bolts are engaged by turning the key and unfortunately thieves have discovered a means of opening the door unless it is double locked,” the spokesperson added.