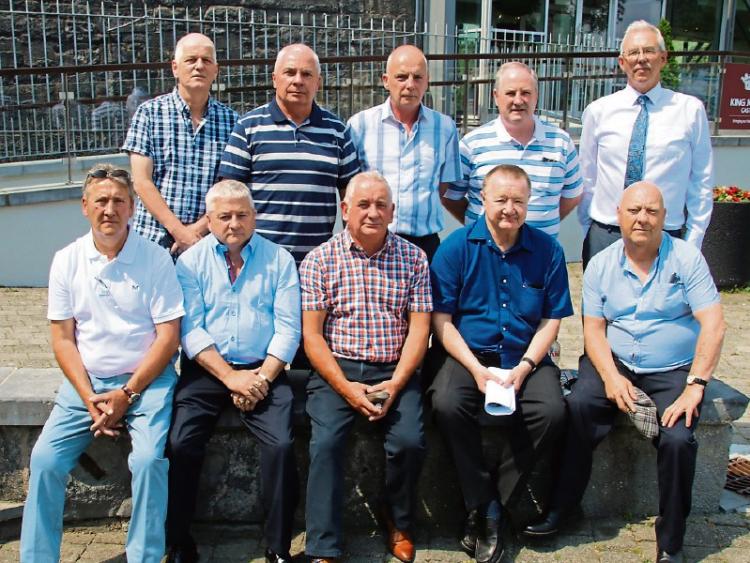 Victims of abuse at Creagh Lane with their solicitor, Ger O'Neill, back right

A DÁIL motion seeking redress for the victims of sexual abuse at a Limerick city primary school has passed by almost two to one.

Former students of Creagh Lane NS, who were abused by their teacher but excluded from accessing financial compensation from the State, travelled to Dublin last Wednesday as their case was debated in the Dáil.  A  motion was put forward by Limerick City TD Willie O’Dea, seeking to remove the Government’s requirement to provide evidence of a prior complaint against an abuser in order to access the scheme.

The Creagh Lane group was unable to access a State Ex-Gratia Scheme for financial compensation due to this requirement, although their abuser was successfully convicted.

The motion was then passed  the following day, with cross-party support.

“We’re apprehensive that it will be a moral victory,” former Creagh Lane student, John Boland said, on behalf of the group.

“But the vote was so strong and the speakers in the Dáil made it very clear that they would not accept it as a moral victory, that action would have to be put behind it.”

“Most of the group are delighted. Moral obligation or not, its a great victory two years down the line.”

Speaking in the Dáil, Deputy O’Dea said he had been “flabbergasted and appalled” at the Government's approach.

”We are seeking justice, humanity and compassion for people who have suffered over many years due to circumstances entirely outside of their control,” Deputy O’Dea said.

“All we are getting in the countermotion is the same old cant, legalese and jargon to which we have already been treated.”

Speaking in the Dáil, Sinn Fein TD for Limerick City Maurice Quinlivan said the group was failed as children. “It is disgraceful that the men from Creagh Lane have had to put up such a fight. Having been subjected to the most horrendous sexual abuse as children, they were denied redress due to barriers put in place by Fine Gael.”

The motion, which gathered cross-party support, calls for access to the State’s redress scheme for citizens who were sexually abused in primary school and whose abusers have already been identified and convicted, on the same terms as has been afforded to those in residential institutions.