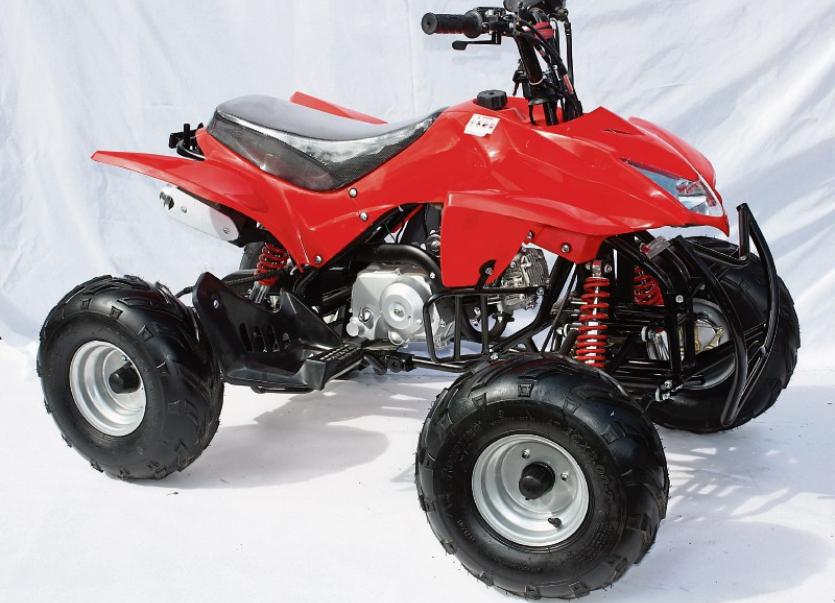 JUST three of the ‘70 to 80’ quad bikes which were stolen last year in rural Limerick have been recovered - with the rest presumed to be in Eastern Europe.

But the high rate of quad bike burglaries seen last year in West Limerick has now been “stemmed”, according to a senior garda in Newcastle West.

He said that the majority of the quad bikes, taken from the yards of dozens of farmers in County Limerick, North Cork and the surrounding counties, were unable to be recovered. Gardai believe that they were quickly exported after their theft, to be resold on the European market.

Briefing the councillors, Insp Cullen said that the huge spate of quad thefts was the “biggest crime” of last year.

Gardai attached to Newcastle West implemented a new operation, which has been run jointly with Limerick city, with the specific aim of targeting criminal gangs in rural areas. “This has been a successful tactic,” said Insp Cullen.

Crime in general has decreased in the last year in the Newcastle West garda district, but shoplifting and criminal damage remain a problem in the West, the meeting was told.

“The exemptions to that are shoplifting and criminal damage, which have increased.”

The senior garda highlighted one recent spate of crimes: eight burglaries which took place within a short period of time in Abbeyfeale a number of weeks ago.

Separately, during a speeding operation at the end of June, 80 speed detections were made in two days in the district.

“I have mixed feelings about that,” said the inspector. “On the one hand, gardai were given a task and did it well. But on the flipside, 80 detections is an awful lot. There are a lot of drivers who are breaking the limit and putting lives at risk,” he said.

A lot of road users in the Newcastle West district are “passing traffic” on the main routes, he added, “but nevertheless we are all road users”.

Insp Cullen outlined the efforts of gardai to deal with people who frequently commit similar crimes, such as “commercial shoplifters”. In those instances, the gardai will ‘case-manage’ the person, instead of repeatedly processing the offences separately.

“I’m pleased to tell you that all types of assaults are on the decrease. That was something we were concerned about last year.”

Antisocial behaviour in Abbeyfeale had been a significant issue in the last year, he said. “We have deployed extra resources and we have issued a number of behaviour warnings, which allow for gardai to approach parents,” said Insp Cullen.

“The number of complaints from Abbeyfeale has decreased,” said Insp Cullen – thanks in part to the placement of a new community garda in the area.

Three new gardai have been transferred to the district recently, but another three have left. However, Newcastle West gardai are due to get a small boost to numbers again later this year.

After concerns about drugs were raised by some local councillors, the inspector confirmed that there are early plans afoot to pilot a small drugs programme in the district.

The project would see two or three gardai being taken off their usual duties and put into a small, district-level drug team.

A new community policing model is also in the process of being rolled out.