Strange case at Limerick court of a broken caravan, brothers who don’t talk and criminal damage 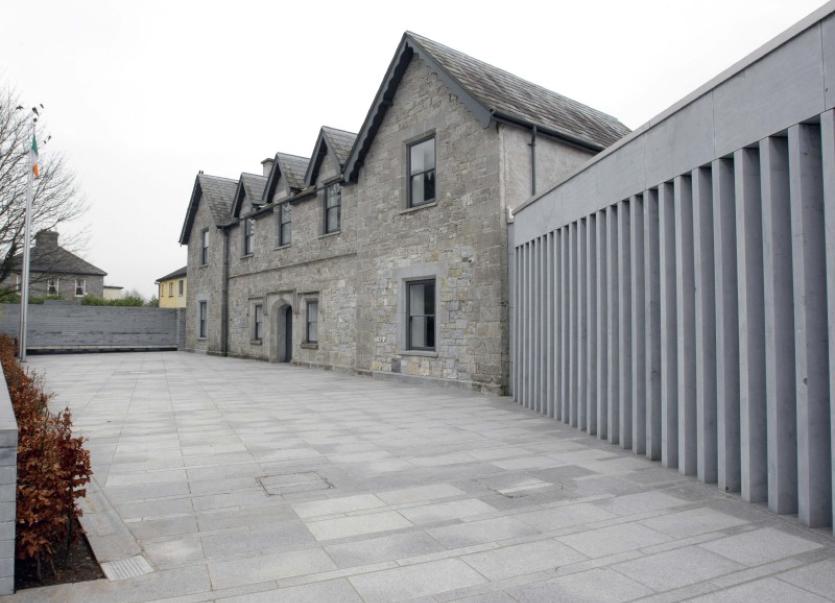 The unusual story of a broken caravan, brothers who don’t speak to each other and a bonnet damaged by an iron bar was heard in Kilmallock Court

AN UNUSUAL story of a broken caravan, brothers who don’t speak to each other and a bonnet damaged by an iron bar was heard in Kilmallock Court.

Donal Ryan Jnr, aged 46, of Upper Cooga, Doon pleaded not guilty to criminal damage at the same address on April 28, 106.

The female complainant took the stand and said her intention was to go on holiday in a caravan.

“The jockey wheel on the caravan fell off on the road. I went to John Ryan in Doon to get it fixed. He lives in a passage. I passed sheds. There were two men standing. They were staring at me.

“A man started shouting at me. He had a stick in his hand. He said, ‘John Ryan was only squatting”. He said he would ‘wear it off my head if I didn’t get out’,” she said.

The woman said when she was reversing the caravan she couldn’t get the caravan over a stone and got stuck.

“I nearly burnt the tyres of the jeep. One of the men said, ‘I’m not letting you out of here until you move the caravan - this is private property’. One of them raised an iron bar and said, ‘I’ll bury it in the window’.

“I thought he was going to kill me. I almost wet myself. The one with the iron bar brought it down on the bonnet. I have photos. There was damage to the wing and bonnet of the jeep,” said the complainant.

Colin Morrissey, solicitor for Donal Ryan Jnr, said she omitted to say in her garda statement that there was a passenger with her who was very drunk and went to assault his client.

Mr Morrissey said this man was “very threatening”, “very well known to gardai” and was not before the court.

“My client will say he picked up the iron bar for self protection,” said Mr Morrissey.

The complainant said her passenger didn’t see her jeep being damaged.

“This has had a terrible effect on my life. I will never forget what happened to me for as long as I live,” she said.

He said the male passenger in the jeep was shouting abuse and had an empty wine bottle in his hand.

“Donal [Mr Ryan Jnr] picked up a bar and put it up on his shoulder. There was no damage done to the bonnet. I’m telling the truth.

A brother of mine shouldn’t be on the land. They said ‘we’re on John Ryan’s land’. I said, ‘John Ryan hasn’t got anything to do with here - It is all mine.’ The man said, ‘There is a pond beside you’.

“We don’t talk, myself and the brother. That caravan was going in for a special reason,” said Mr Ryan Snr.

He said his son had the iron bar for protection. Mr Ryan Snr said he picked up the blackthorn stick when he went to the shed to check the cows as he always does.

“I have a bad knee at times,” said Mr Ryan Snr.

The last witness was the accused - Donal Ryan Jnr.

He said he was minding his two children around 5pm on the date in question.

“I spotted the jeep and caravan. I couldn’t go as I was minding the children. When my wife came home I went to support my father.

“He [Donal Ryan Snr] approached them and asked what they are doing. He said it was private land and to get their jeep and caravan off it. The caravan got stuck. The male in the jeep was throwing beer cans, he urinated in front of me, he was using foul language,” said Mr Ryan Jnr.

The jeep then drove down to John Ryan to get a tractor to try and pull the stuck caravan, the court heard.

When the jeep came back to where they were standing Mr Ryan Jnr said the male passenger opened the door and he had a wine bottle in his hand.

“I reached for a bar that was on the floor for my own protection. The way he had the bottle grasped I was in fear of my life. I’ve never been threatened like that. The jeep hit me very slightly, I fell forward and the bar came down on the top of the car,” said Mr Ryan Jnr, who added that the bonnet wasn’t damaged.

The court heard that both he and the female complainant rang the gardai.

Mr Ryan Jnr said the male in the jeep walked out the passage.

“I had to walk out the passage to go home. He pulled the bottle and swung it at me. It missed me by an inch. Being drunk he fell on the ground. I kicked the bottle away,” said Mr Ryan Jnr.

His solicitor, Mr Morrissey said there was an absence of evidence in the case.

“There are no photographs, no evidence of repairs, no corrorboration of evidence of the alleged damaged. There must be a doubt,” said Mr Morrissey.

Judge Marian O’Leary said there was “a complete conflict of evidence” between the two Ryans and the complainant.

Mr Morrissey said Mr Ryan Jnr has no previous convictions and is a stay-at-home dad.

He was fined €400. Recognisance was fixed in the event of an appeal