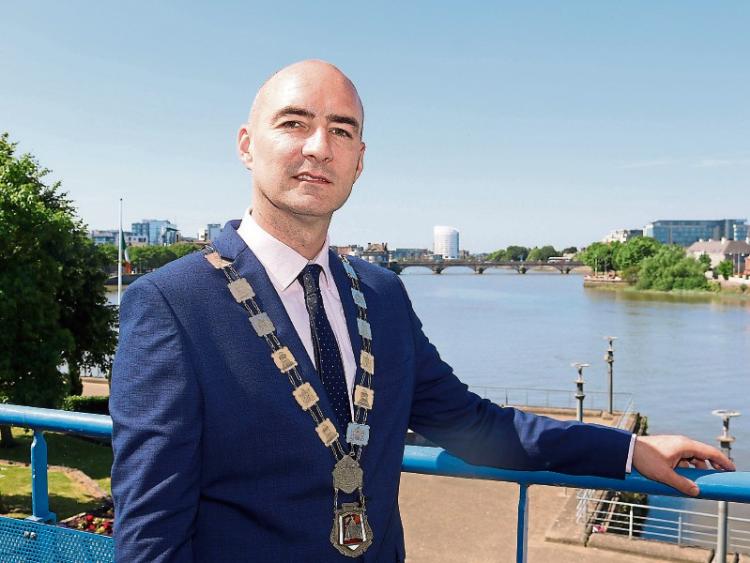 “This is the right time for us to go, as we still owe our loan for university”.

This quote, from former US president Barack Obama to his wife Michelle ahead of his 2008 election to the White House is one of the reasons Limerick’s new metropolitan mayor Daniel Butler decided to get involved in local politics.

“They were still real, and still able to represent the normal person. It’s the same for me. I have a mortgage, I have kids going to creche, the pressures of getting to work in the morning. So to be able to experience that reality means you’re in a better place to be able to represent it,” the 39-year-old – who will carry on working full time during his year in office – said.

“There is always a tinge of sadness that my father wasn’t there to see it, but I’m sure wherever he is he is a very proud man. It’s great to have the fact that my father was Cathaoirleach of the county, and now I’m mayor of the city. It’s probably a unique thing in history, so to have that is something special,” he says.

Even though Cllr Butler was born and raised in Dooradoyle, he feels he is “from the county,” a legacy issue perhaps, from when the old Limerick County Council controlled these suburbs.

Despite this, the new metropolitan mayor has among his many aims for the year one which would put the development of the city centre right at the core.

He wants to come up with a ‘city centre strategy’, saying: “Businesses are definitely struggling. That’s a reality. Businesses are closing for a variety of reasons, not just the obvious that people often point out. Rather than just having a strategy, we need to have an implementation plan with it, one which is resourced in a meaningful way. That would be about supporting city centre businesses to be able to be successful in whatever way we can as a council. I’d hope to be advancing that over the next year.”

Cllr Butler, who works with youth in his day job as a drugs prevention worker, also has a unique plan to hand over his chain of office for a day to the next generation of political hopefuls.

He said: “It will be unique to my mayoralty. We will run a competition throughout the schools among first and second years, to ask them what would make their community a better place to life.

“Ultimately, that’s what politics is all about. From the best ideas, the person who wins it will become mayor for a day.

“ We will give them experience of what it’s like being mayor for the day, and we would hope to even advance their ideas onto the agenda of the council.”

One of the “huge passions” of Daniel Butler is mental health, and he wants to use his year in office to advance the conversation of issues around this from the negative to the positive.

“If you mention the word ‘mental health’, the responses are always negative. It’s about moving it away from the stigma that is there. While we have had a lot of people come forward and bravely talk about their struggles, it needs to move on beyond the conversation.

“The terrible Irish trait is if we ask how we are, and people just say ‘fine’, or ‘grand’. None of these are feeling words.

“ Having a chat about who you are should incorporate how you’re feeling and should be as common as a chat about the weather. that’s where we need to be.”

Married to Tania, and with two children, Jacob, 2, and Layla, 8, Cllr Butler is a graduate of the University of Limerick, where he studied business.

He worked in the once-popular clothes shop Hobo during his student days, before going travelling.

He then returned to Limerick to run a business for Noel Hogan of the Cranberries at a shop which aimed to bring “London fashion to Limerick.”

But he then switched from the private to the public sector, applying for a job at the old City Council, with a brief to challenge anti-social behaviour in public housing estates.

It was a move he describes as a “changing point”.

As previously mentioned, Cllr Butler is a son of the late Richard Butler, a titan of local politics, who served on the old County Council between 1999 until his untimely death in 2013.

It was Daniel who was co-opted to his seat ahead of the 2014 local election.

Asked if his father imparted any advice to his son, Cllr Butler laughs: “No, he knows it would have been a waste of time!

“I always had my own thoughts, he raised me to be an independent individual, to have my own thoughts, vision and life experiences. If Dad was sitting here, he would have a very different focus to what I would!”

“What I bring to the mayoralty will be very true to who I am,” he concluded.