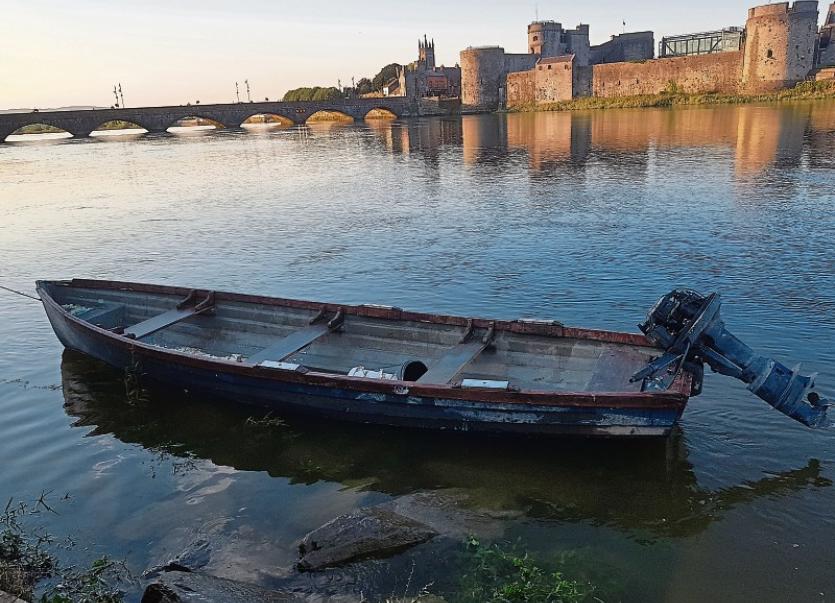 AS the sun continued to beam down on Limerick, a group of intrepid swimmers took to the Shannon – and returned with a boat they rescued.

Last week, with the mercury hovering at 30 degrees, around 50 people took to the city’s river as part of a public swim organised by Swimmable Limerick.

Rathkeale woman Elisa O’Donovan, who organised the event, said one of the swimmers found a boat.

“He was just swimming along, and the next thing was this boat floated up beside him. It looked pretty usable. I don’t know if it got loosened after being tied to a mooring, and floated downstream, or how it got there,” she said.

Despite this, a group of the bathers, which included tourists from France and Spain, helped to pull the boat to the dock at Robert Byrne park, where the swim started from.

”We’d like to find the owners, as it looks like a nice boat,” she said. “But it shows: when you swim in the Shannon, you can come across anything. You see swans, kayakers, fish and now disused boats!”

The next Swimmable Limerick event will take place next Thursday, July 12, at 6pm, weather and tide permitting.

Elisa set up the initiative a year ago to encourage and support people back to swimming in the Shannon.

“I did my first Thomond Swim last year, and felt it was something everyone could do if they wanted to. But they need to be facilitated to do it in a safe way,” she explained. “The emphasis of it is fun, social.”

The group is also campaigning to get a dedicated, safe bathing area in the city centre.

Elisa pointed out the only safe way to swim in public areas like the Shannon is within group settings.

Separately, the newly elected metropolitan mayor Daniel Butler has called on parents to be more vigilant as to their children’s activity around the water during this hot spell.

“Over the last week or two, I have had numerous reports of children as young as seven or eight seen travelling to areas to swim that are unsupervised and unsafe. I understand the desire for young people to have fun and stay cool there are safer ways and ultimately the responsibility lies with the parents.”