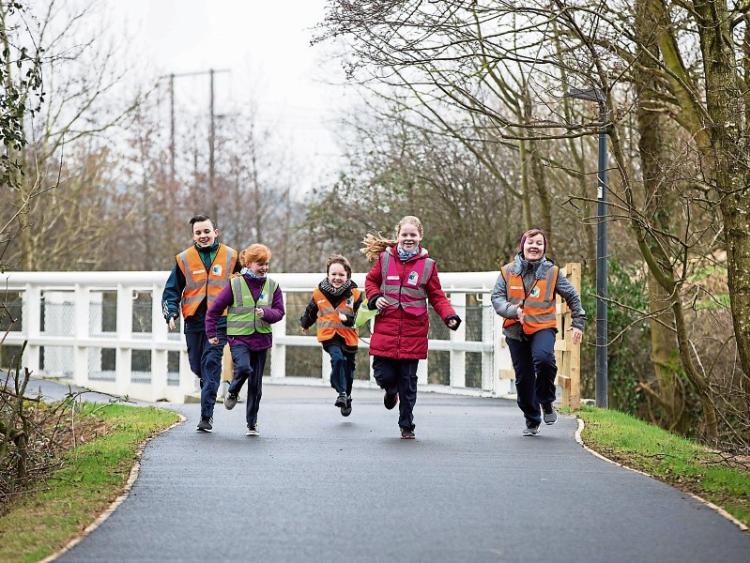 An extension of the popular Greenway from UL to Montpelier via Castleconnell is one of the projects to be funded Picture: Sean Curtin

SIX key projects will be among those to benefit from the council’s allocation of its €2.3 million Rural Development Fund in Limerick.

A spokesperson said the fund has the potential to leverage additional funds for the projects of around €15 million, highlighting the commitment Limerick City and County Council is making to towns and villages across the county.

“Coupled with other funding streams already announced such as the Leader funding of €9.3 million, Social Inclusion and Community Activation Programme of €3.8 million, Hinterland funding of €3 million and other funding schemes (€5 million), a total of around €40 million is due to be invested into rural parts of County Limerick over the new few years.

“The completion of these projects will result in additional investment and economic activity in the local areas and will benefit the local communities,” said the spokesperson.

The €2.3 million Rural Development Fund has been agreed by the councillors as part of the annual budget process over the past number of years, with just over half a million euro from the budget being allocated to Ballyhoura Development and West Limerick Resources as a contribution towards their work.

Welcoming the allocations, as one of his final duties as mayor, Cllr Stephen Keary said: “It is crucially important that Limerick develops in a balanced way.  This Rural Development Fund will help important projects in towns and villages across Limerick access the investment needed to develop and provide the facilities that are expected by locals and visitors nowadays.”

“These new facilities will allow rural County Limerick to grow and develop economically and with all the funding streams almost €40 million is being invested in towns and villages from east to west, north to south Limerick over the next few years, which can only be good for the local communities involved,” said Cllr Keary.

Gordon Daly, director of services, said: “This shows the council’s commitment to the development of rural County Limerick from an economic and social perspective.  We are focusing on projects which will be of lasting benefit to the people of the localities, but also those from further afield who will visit Limerick.