Over €2,000 raised by Italian Cranberries fans for Limerick Learning Hub 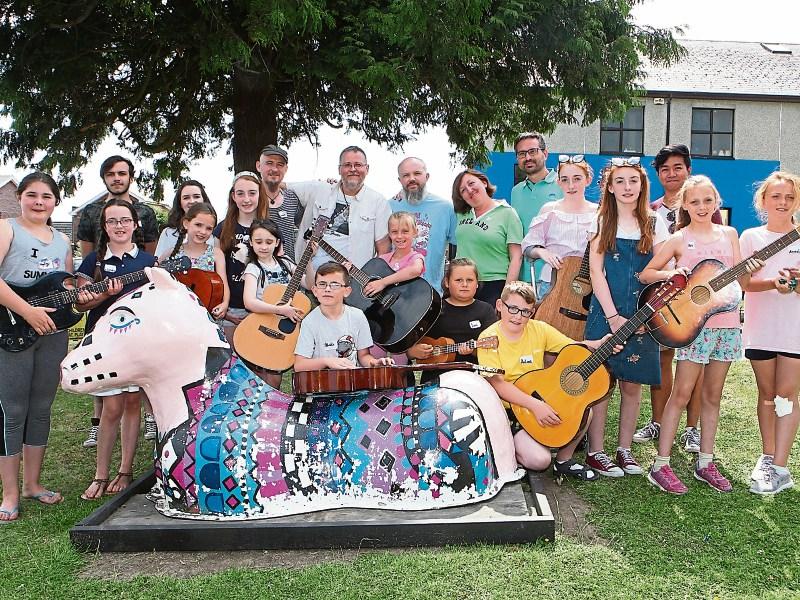 PASSIONATE fans of the late Dolores O’Riordan from Italy have raised more than €2,000 for a songwriting workshop at the Limerick Learning Hub in Thomondgate.

Paolo Catena, Loredana Cramarossa and Andrea Annelli, all from the Northern town of Rimini, made the pilgrimage to the star’s birthplace.

The three fans run the Cranberriesitalia fansite online and were incredibly saddened by the sudden passing of the singer.

“We knew her and her music so well for over 20 years, and when she died so soon it was like losing someone from your family,” Paolo explained.

The visitors channelled their grief and launched a fundraiser to establish a connection between Italian fans and fans in O’Riordan’s home city.

”For the launching of the fundraiser we had the concert in Rome on St Patrick’s day where the cover band ‘Myberries’ played, and we also showed a video of the children from the hub as well,” Paolo explained.

Witnessing the workshop in action this Wednesday Loredanna, experienced a great sense of pride at her and her cohorts’ efforts.

”I have shivers,” she exclaimed holding out her arm displaying her goosebumps.

“I am so proud of the children they created a song in five minutes, It’s amazing.”

The Limerick Learning Hub’s music co-ordinator James Blake expressed his gratitude in meeting and working with the Cranberries fanatics after Cranberries’ guitarist Noel Hogan recommended the project to the fundraisers.

“It has been really wonderful to get to know Paolo, Loredana and Andre and to see how genuine their love is for the music of the Cranberries, but also their interest in building a connection with Limerick too,“ he said.

The trio’ also revealed that it was Dolores’ kindness to her fans that prompted them to give back to her hometown.

”Limerick gave us Dolores, and so we wanted to thank them by hopefully giving them a musician from the workshop,” Paolo affirmed.

The three Italian fans will attend Thursday’s long sold out I Heart Cranberries gig at Dolan’s in what will be an emotional sendoff to the singer.