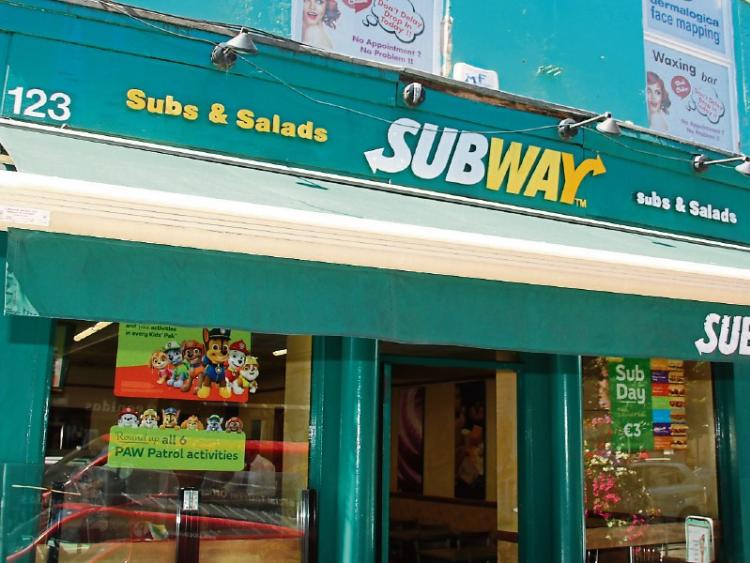 Gardai in Limerick said they are investigating an attempted robbery at Subway on O’Connell Street.

A FAST food restaurant in Limerick city suffered a late night attempted robbery by a man wielding a knife.

Gardai in Limerick said they are investigating the attempted robbery at Subway on O’Connell Street. The incident occurred at 3am on Sunday morning.

Gardai said a male entered Subway armed with a knife and demanded cash from a member of staff.

“The member of staff refused to hand over anything and the male left. This was last Saturday night into Sunday morning and O’Connell Street was still very busy after the night clubs," said a spokesperson.

“If any member of the public witnessed this incident could they contact Henry Street Garda station on 061-212400,” added the spokesperson.