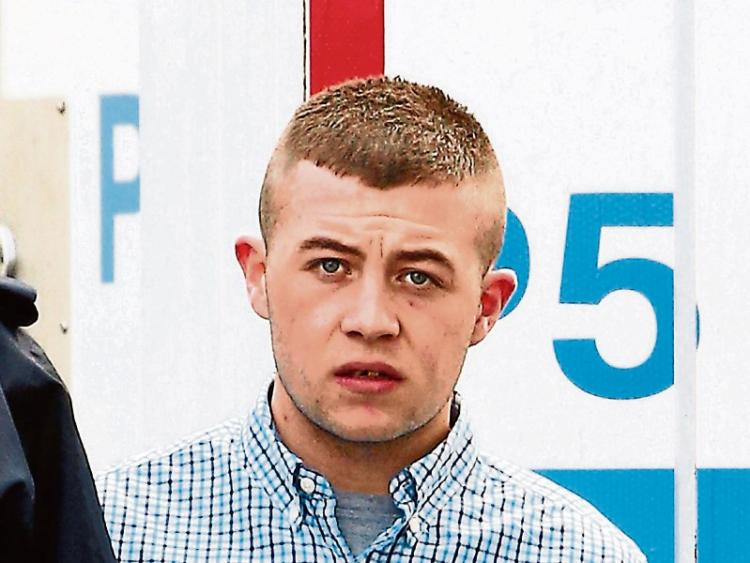 A 21-year-old burglar from Limerick jailed for his role in the robbery of a woman with an imitation firearm has lost an appeal against the severity of his prison sentence.

He was given a total ten year sentence with the final 18 months suspended by Judge Tom O’Donnell at Limerick Circuit Criminal Court on May 5, 2017.

The 21-year-old lost an appeal against the severity of his sentence on Monday.

At one stage during the appeal hearing, President of the Court of Appeal Mr Justice George Birmingham asked whether the court should consider increasing O’Donnell’s sentence given recent guidance offered by the court on sentencing in burglary cases.

In the end, the court upheld his eight-and-a-half year jail term.

Giving judgment in the three-judge court, Mr Justice John Edwards said the first series of offences involved an aggravated burglary at the University of Limerick’s student accommodation in Castletroy. O’Donnell and an accomplice had entered the occupied property each armed with a knife

Shortly after that incident, O’Donnell entered another nearby dwelling but was chased out by its occupants. He was apprehended a short time later and found to be in possession of a knife.

Detailing the robbery of a woman with an imitation firearm, Mr Justice Edwards said the victim had been seated in her car in a driveway while talking on her mobile phone. Suddenly the driver’s door was opened and her mobile phone was taken by one of two men, including O’Donnell.

One of the men threatened her with the following remarks: “I have a gun and I’m going to shoot you.”

A black handgun, which later transpired to be a pellet gun, was produced and pointed in her face by one of the men. She thought she was going to die.

Her handbag was then taken which contained her wallet, social welfare card and €170 in cash.

Later, when the two suspects were approached by gardai, they took off running. They were later discovered hiding under a van.

O’Donnelly initially did not cooperate but ultimately made full admissions.

At one point, while being transferred from an interview room to a cell, he attempted to escape and had to be pursued down the street by gardai who managed to apprehend him. The offences were committed while he was on bail.

Mr Justice Edwards said O’Donnell was 17 when he committed the first offences and 18 thereafter. He came from a dysfunctional background and had left school without any meaningful education or vocation. He was described in the Circuit Court as a young man who had struggled a serious drug issue and this was the stimulus for his offending behaviour.

He had four previous convictions including one for robbery and two for possession of knives.

A probation report assessed him at being of high risk of reoffending in the next 12 months and he had little empathy for his victims inclining to blame his bevaviour on being “stones out of the head”.

With reference to the Casey decision, there were multiple aggravating factors here including burglary of an occupied dwelling, two people were involved, both were armed, there were confrontations with the occupiers, weapons were brandished and accompanied with serious threats, the victim of the aggravated burglary was greatly traumatised, O’Donnell had a previous conviction for a relevant offence and two or more properties were targeted in what is classified as a “spree”.

Mr Justice Edwards said the sentencing judge would have been justified in nominating a higher headline sentence in each instance.

In relation to the second set of offences, he said the five year sentence was well within the sentencing judge’s range.

In so far as the totality principle was concerned, Mr Justice Edwards said the sentencing judge reduced the aggregate sentence by 18 months and the Court of Appeal considered this sufficient to render the overall sentence proportionate.

Mr Justice Edwards, who sat with President of the Court of Appeal Mr Justice George Birmingham and Mr Justice John Hedigan, said the court could find no error in principle and the appeal was therefore dismissed.