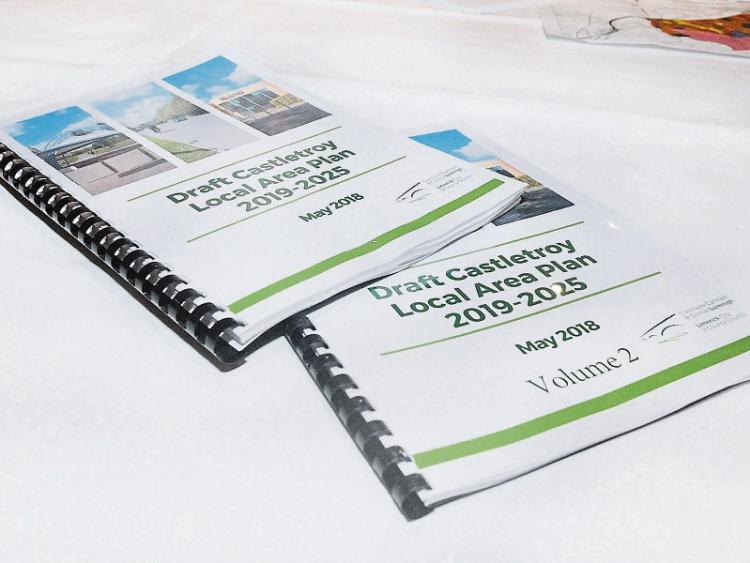 THIS Monday is the deadline for receipt of submissions relating to the proposed local area plan for Castletroy.

Covering an area totalling more than 11 square kilometres (incorporating Annacotty), the plan will run from 2019 to 2025.

A public consultation process has been underway since the draft plan was first published by Limerick City and County Council at the end of May.

“The purpose of this plan is to identify the zoning and the development potential for the Castletroy area for the next six years and we want to get people’s comments and views as to what they think of the proposed plan,” said Maria Woods, acting senior planning with the local authority at a public information meeting at the Kilmurry Lodge Hotel.

It’s understood a large number of submissions and observations have already been received from members of the public, local politicians and other stakeholders.

While, many people are supportive of the plan, some concerns have emerged in relation to traffic congestion, the provision of schools and public amenities.

All of the submissions will be considered by planners who will bring a report to councillors later in the year.

Any material changes to the proposed plan will then go on public display before the final draft is prepared.

It is expected a final decision will be made by councillors early in 2019.

Copies of the draft plan can be viewed at the council offices at City Hall and County Hall, in public libraries or online at www.limerick.ie/council.