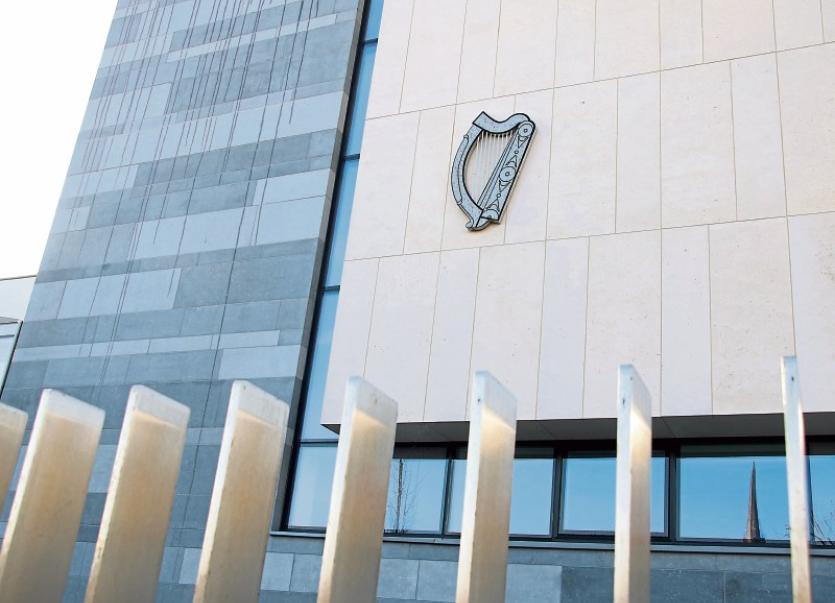 A MAN who fired a shot through the front door of a house in Limerick has been jailed for six years.

Ian Waters, aged 24, who has an address at Colmcille Street, St Mary’s Park had pleaded guilty to possession of a shotgun with intent to endanger life at St Senan Street on December 7, 2014.

His then girlfriend – Mary Louise O’Callaghan, aged 27, of Cronan Lawn, Shannon – had pleaded guilty to suspicious possession of a firearm on the same date.

Detective Garda Ronan O’Reilly said the shooting, which was linked to a local dispute, happened shortly after 11am while the occupant of the house was in an upstairs room.

He said Waters got out of a silver Ford Escort which was being driven by Ms O’Callaghan and walked towards the front door of the house.

Waters, who was wearing a balaclava and a camouflaged army jacket then discharged a single  shot into the house through the glass sliding door.

More than 20 pellets were subsequently recovered during a forensic examination of the scene and Det Garda O’Reilly said a bullet had pierced the sitting room wall.

John O’Sullivan BL, instructed by state solicitor Padráig Mawe, said the defendant’s actions were deliberate and he submitted it was “not a case of reckless discharge”.

Waters was quickly identified as a suspect and Judge Tom O’Donnell was told both defendants were arrested at Ms O’Callaghan’s home in Shannon a number of hours after the shooting.

It was accepted Ms O’Callaghan was less culpable and that she had been motivated by a “misguided sense of loyalty” to Waters.

In a victim impact statement the occupant of the house described how his lost his freedom and had to leave his home following the shooting.

Imposing sentence, Judge O’Donnell noted Water’s immaturity and the fact that he is “very easily manipulated”.

However, he said his actions were intentional and pre-meditated and that the circumstances of the offence were a significant concern to the court.

The judge said the offence “must be treated very seriously” and that the headline sentence should range between seven and ten years.

In the case of Ms O’Callaghan he noted that she had played a lesser role and that he has been cooperating with various services since the offence.

The judge added that was conscious of the impact that any custodial sentence would have on her three young children.

In her case, he imposed a five year sentence, which he suspended in its entirety.