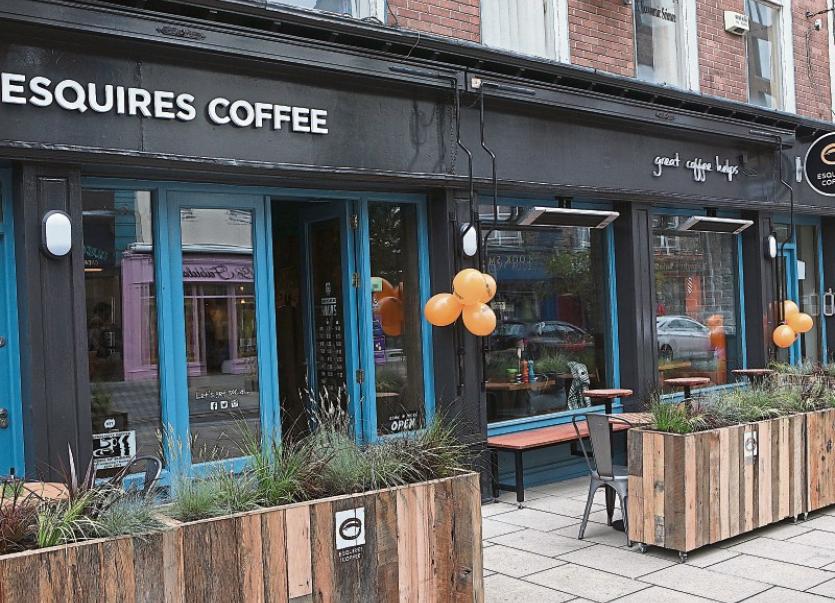 Esquires Coffee has opened in the former Sage Cafe, at 67 to 68 Catherine Street Picture: Dave Gaynor

FIFTEEN new jobs have been created with the opening of a new coffee chain in Limerick.

Esquires Coffee has opened in the former Sage Cafe, at 67 to 68 Catherine Street in the city.

Agata Danielkiewicz, the franchise owner of the coffee house, said: “As our tagline ‘Love Local’ suggests, we are a community-based coffee house chain and very much subscribe to employing and keeping jobs locally wherever possible.

"As a franchise we have an advantage over corporate chains insofar as we have owner-operators in our stores who live local and have a genuine commitment to the area which undoubtedly helps the local economy as well,” she added.

Esquires – which was founded in Canada and has operations in Britain, the Middle East, China and Australasia, as well as here – carried out a €250,000 refit of the former Sage, which closed last September.

Tony McVerry, the managing director of the firm’s Irish operation, previously told the Leader: “Limerick has always been on the cards for us. From our point of view we only wanted to go ahead once we had the right operator, as we’re a franchise operator. When they came in, the thing was to try and get the right location.”

He said a deal was struck for the unit in Catherine Street just before Christmas.

“It is a great location. Sage had done so well over the years in that location, so we’d like to be able to continue on the tradition of good food and good beverages that Sage has been doing all along,” he said.

Esquires joins a number of coffee shops on Catherine Street. Currently, Starbucks, O’Briens, Aroma and a number of other independent outlets operate within close proximity.