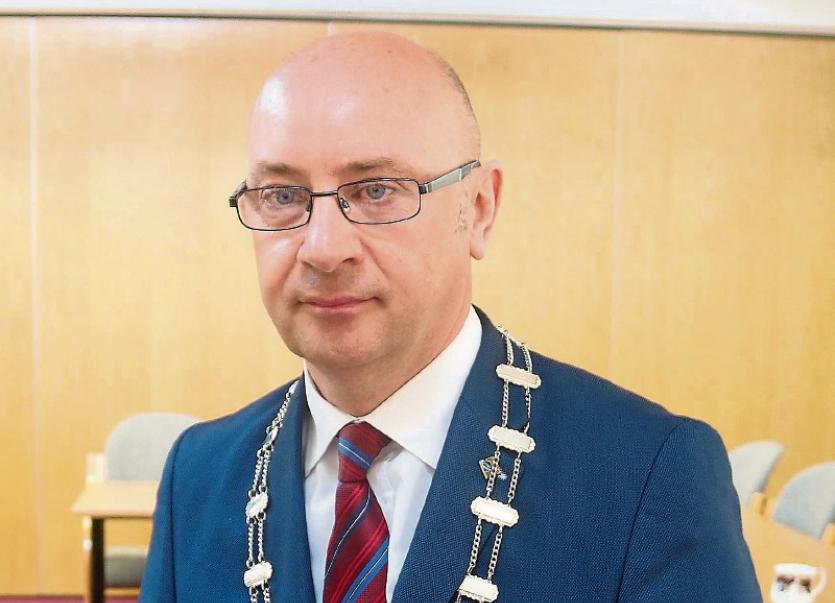 FIANNA Fail councillor Michael Collins is angry and frustrated that it has taken eight months to identify and repair a watermain leak in Newcastle West.

And what has made the situation even more annoying, as far as he is concerned, is that Irish Water insisted it was surface water and not a mains leak that was streaming down the road outside the library in Newcastle West.

Earlier this month, Irish Water, following up on a report of a leak, told the Limerick Leader: “The issue was investigated and it appears that this is not a burst or leaking water main and is in fact a surface water issue which is not within Irish Water’s remit.” the spokesman said,

“I don’t believe it,” Cllr Collins responded at the time. “How could it be surface water? Where is the surface water coming from?” he demanded.

It was daft, he suggested, to think there was surface water going down the street in the middle of fine, summer weather.

Now, a fortnight later, he feels vindicated. “I have now been told that a water mains leak has been confirmed,” he told the Limerick Leader this week, adding that he understands the leak has now been repaired.

However, the incident has only deepened his frustration with Irish Water.

“Irish Water are a complete and utter disaster,” Cllr Collins continued. And he reiterated his conviction that lack of local knowledge within Irish Water is causing difficulties for councillors trying to report problems

He is not at all happy with the dedicated helpline  system set up for councillors and public representatives. It needs to be streamlined, he argued this week, so that when complaints are addressed, that information is passed on immediately  to councillors.