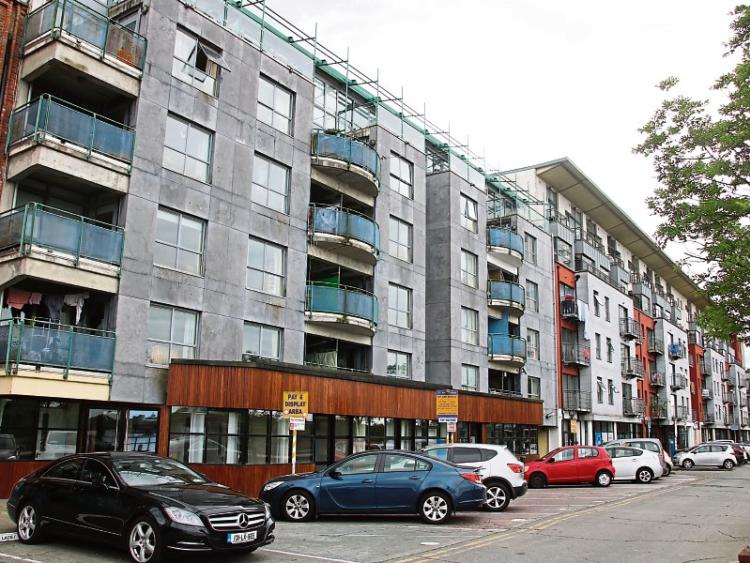 Plans to build 14 studio apartments at Jutland Hall, Steamboat Quay are being inspected by An Bord Pleanala Picture: Adrian Butler

PROPERTY owners have delayed approved plans to construct 14 studio apartments in Limerick following an objection to An Bord Pleanala.

There are more than 30 apartments at the complex, five of which are owned by CMS which was founded by 1993 by CEO Neil O’Carroll, who is from Mayorstone.

Two apartment owners submitted their objections to An Bord Pleanala on May 25, on a number of issues, including security problems, a “failing lift”, lack of parking spaces, space for refuse bins, the use of a small common area by the new apartments, and that “no consideration has [been] given to the health and safety of residents” during the construction.

Mr O’Carroll said that the lift, which is 20 years old, is due “a major overhaul” which had been discussed over the past five years. He said that the management company had just come from a recession where “you couldn’t even get management fees in”, but that things are “starting to move”.

He said that while there was no requirement for parking in their planning application, CMS will be installing a bike store at one of the existing car spaces owned by the company.

In relation to the common area, they are providing a walkway to access a fire escape, he said.

He denied that no consideration was given to residents’ health and safety.

Mr O’Carroll said that there are “very few” studio apartments in the city.

“It’s a new, accepted design. They are over 400 square feet. They are a one-bed studio apartment and they are quite substantial in size.”