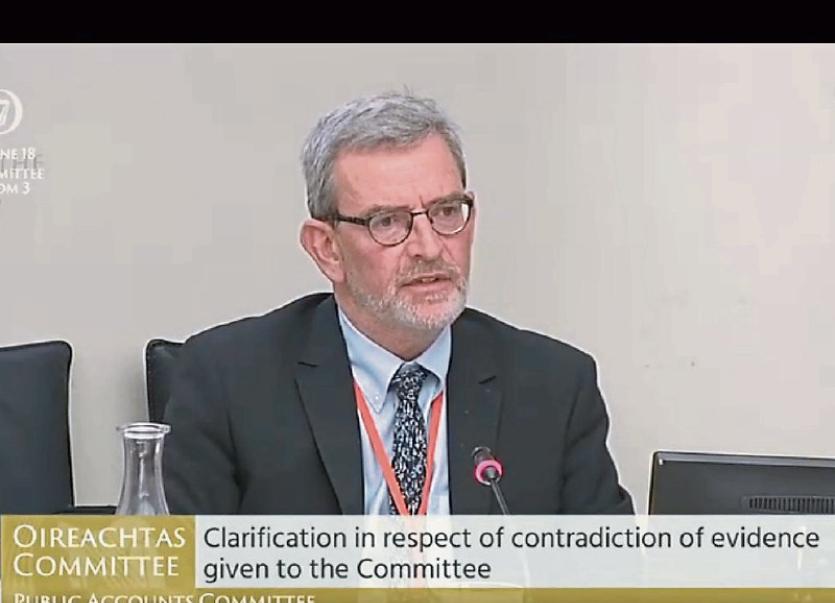 John Gleeson, CervicalCheck manager, appeared before the PAC this Thursday

THE LIMERICK man in charge of the CervicalCheck programme was embroiled in a battle of words at the Public Accounts Committee this Thursday morning, over the “assumption” that all doctors had informed women of the smear test audit.

John Gleeson, CervicalCheck programme manager, State Claims Agency’s chief Ciaran Breen and HSE director general John Connaghan were at the centre of a tough line of questioning from a number of TDs at Leinster House.

The PAC chairperson Sean Fleming told the HSE director general that the exchange at the meeting was “not helpful” to women involved in the audit.

The HSE told the PAC that the number of women affected is expected to increase beyond 209, as an additional 46 cases are being audited, of which 12 are close to completion.

Mr Breen informed the PAC that Mr Gleeson told the agency in a teleconference on April 20 that all women whose smears had been audited had been informed, or assumed to have been informed.

Mr Gleeson said that he “assumed” that all clinicians had informed women affected had been informed.

Questioning Mr Gleeson, Sinn Fein deputy Johnathan O’Brien said: “Why did you not say that at the [previous] meeting?”

He responded that he tried to clarify adding that he said he had said that he did not think anyone in CervicalCheck could have said that all women had been informed as “it couldn’t have been our understanding”.

Mr Gleeson said that he didn’t think that was the impression that the State Claims Agency received.

Questioning Mr Breen, Deputy O’Brien said: “Was it your impression that, after that teleconference call, that all women had been informed?”

Mr Breen replied: “Certainly, that was our assumption, yeah.”

“What would you say to Mr Gleeson, who is now saying that that couldn’t have been the information he gave to you because nobody from CervicalCheck would have been aware of that?” the Sinn Fein TD asked.

The State Claims Agency head responded: “I can tell you, Deputy O’Brien, I have personally examined the legal note. It was very clear; senior counsel asked if all of the women affected had been informed. And the specific reply was that all women, and I think I am on record to this committee in writing in saying this, that all women’s whose smear was part of the audit have now been informed or assumed to have been informed by their treating clinicians. That’s the exact reference.”

Speaking after Mr O’Brien, Deputy Fleming said to Mr Connaghan: “This exchange is not doing the HSE or you any good. It is my personal observation. We should have been able to deal with this more up front, more clearly, and we are arguing about words, about assumption, whether it is a fair assumption or did you assume it.”

He said that Mr Gleeson’s assumption was “valid”.

“I thought this was going to be a cleaner operation for the women who are watching and to get some confidence in the HSE’s openness and transparency, and I haven’t felt that here today, so far.”

Mr Breen said that Mr Gleeson “was always extremely helpful to us in relation to the supply of documentation and anything that we needed”.

Deputy Catherine Murphy asked Mr Breen if he talked to Mr Gleeson about women not being informed after Vicky Phelan’s case had been settled.

“Not at that stage because they were reacting to it themselves and they were handling the situation themselves, and it wouldn’t be normal for us to try and interfere with what the HSE would be doing to inform the women. We were assured that they were now in a process with the women.”