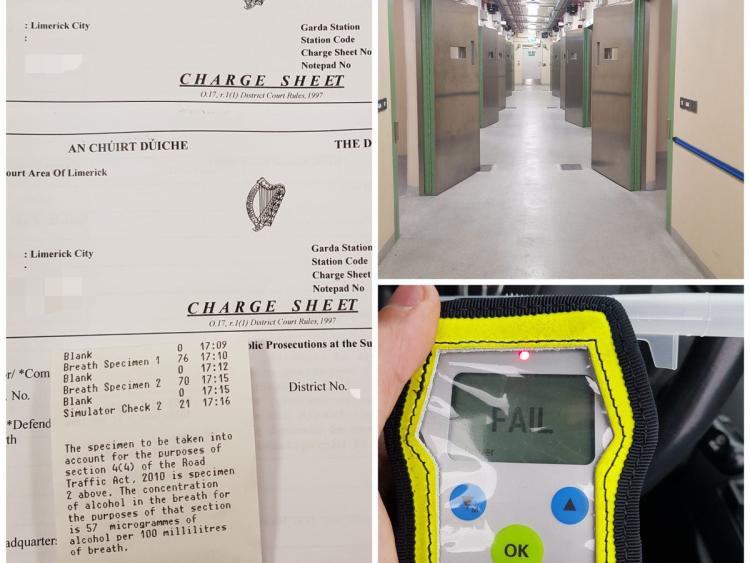 GARDAI in Limerick have arrested a suspected drink driver who mounted a footpath while holding a mobile phone.

The Limerick Roads Policing Unit spotted a driver mounting a footpath while a holding mobile phone, who then failed a roadside breathtest and was arrested, gardai said.

The driver was found to be over twice the drink driving limit and was charged, with a court appearance to follow, according to the @GardaTraffic account.

Separately, gardai in Limerick observed a car parked across two disabled parking bays in the city, and a fixed charge penalty notice was issued to the driver under Operation Enable.