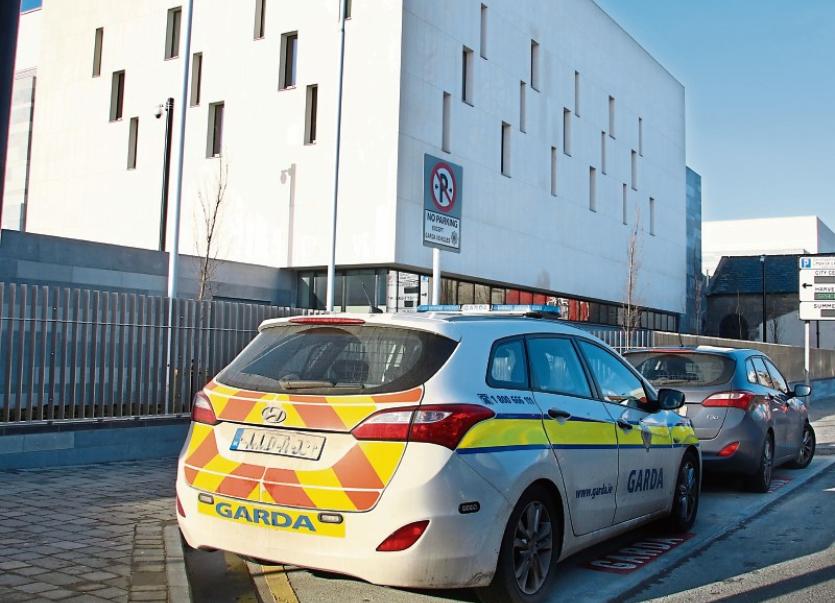 The man pleaded guilty at Limerick District Court to a number of charges relating to an incident at Annaccotty Business Park on October 7, last

A MAN who drove through a security barrier while fleeing from an industrial estate on the outskirts of Limerick city has been sentenced to 12 months’ imprisonment.

John McCarthy, aged 27, who has an address at  Kilmurry View Halting site, Castletroy, pleaded guilty at Limerick District Court  to a number of charges relating to an incident at Annaccotty Business Park on October 7, last.

Sergeant Donal Cronin said a security guard who had been alerted to Mr McCarthy’s presence sustained minor injuries after he was struck by the barrier as the defendant exited the business park.

The incident happened at around 10.15am and the security barrier was lowered in an attempt to stop the defendant from leaving the business park.

“He approached the barrier, he didn’t stop, he deliberately drove through,” said Sergeant Donal Cronin.

Judge Bernadette Owens was told the defendant escaped with four sheets of stainless steel which he had taken from a yard at a premises which was located within the business park.

The value of the “cut-offs”, which were not recovered, was around €160.

CCTV footage was obtained as part of the garda investigation and the defendant, who has almost 100 previous convictions, made some ‘limited admissions’ following his arrest a number of days later.

Solicitor Darach McCarthy said that his client, who is not working, has a drug addiction and had taken the sheets of steel as he “wanted to get some few euros to feed his habit”.

He submitted his client had been reckless as he drove away from the business park and had not intended to cause injury to the security guard.

“He apologises,” he said adding that the majority of his client’s previous convictions were “rooted in addiction”.

Imposing sentence, Judge Owens commented what happened could have had “very serious consequences” and that the security man was lucky not to have sustained serious injury.

She said Mr McCarthy’s previous convictions were an aggravating factor – both in terms of quantity and seriousness.

Noting his admissions and his guilty plea, the judge said he was entitled to receive a discount on any sentence imposed by the court.

Judge Owens directed that both sentences should be served consecutively to each other.

Following an application by Mr McCarthy, leave to appeal the severity of the sentences was granted.