Limerick firm will put ‘heart and soul’ into broadband plan 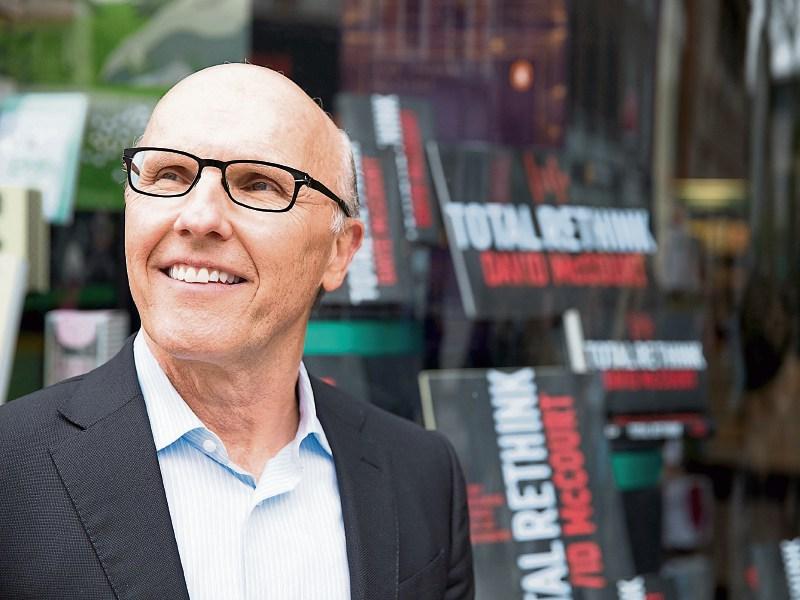 David McCourt: I wanted to be part of something that is so earth-shattering in size, scope, scale and desire. It’s a world class endeavour. It’s very ambitious, and I want it to be successful.”

SLOW, cumbersome internet connections could soon be a thing of the paast for Limerick families if an Irish-American businessman gets his way.

David McCourt owns Enet, which is based in Plassey, and is the sole remaining bidder for the national broadband plan.

The much stalled plan, it is hoped, will deliver modern internet to more than 540,000 rural homes and businesses  across Ireland by 2023.

And the Limerick firm, if it gets the licence to carry out the plan, will be at the heart of it, with new jobs likely to be created here, Mr McCourt says.

Enet has spent the last 14 years investing in fibre infrastructure to create the largest alternative telecoms network in Ireland. Founded by Limerick property developer Michael Tiernan, it started actively trading in 2004 and was acquired in 2013 by a consortium led by Mr McCourt.

Worth an estimated $1bn, Mr McCourt, who divides his time between Newmarket-on-Fergus and the USA, says he feels a huge sense of responsibility to bring high-speed broadband to rural Ireland.

“The world is divided between the ‘haves’ and the ‘have nots’. There are four billion people who do not have high-speed internet access in the world. Those are brothers and sisters of ours, who are at a serious disadvantage. They don’t have access to the educational or job opportunities or the ability to have a good chance to work from home,” he said.

High-speed broadband in rural Ireland, he says, will change this.

While he will not be drawn on how much enet has spent to get to the stage where it is the final bidder for the lucrative contract, he pledged the firm will put its “heart and soul” into it.

The National Broadband Plan – announced in 2012 – has faced criticism, and delays which have left Ireland lagging behind much of Europe in terms of broadband provision.

Back in February this year, Eir, pulled the plug on its own bid. But Mr McCourt believes this is just the sign of a process at work, saying: “When someone drops out, it is not a sign of a flawed process. It’s a sign that process is working correctly.

Mr McCourt admits he loves problem solving, and has writtten a book to help people. The book, ‘Total Rethink’, is designed to help and show people that they can achieve their goals in a changing world.

“The premise of this book is that if you want to be successful in this new world order, in this power shift that’s happening, you can’t rely on the tools and practice you used.

“Years ago, if you had a good idea, and you could think outside the box, you’d be okay. But now you need to use both sides of the brain. You need to look at things in a very utilitarian way.”

Asked why he wrote the book, he said it came after witnessing entrepreneurial programmes in third level institutions.

“I kept coming to the same thesis which is that if you care about entrepreneurship, it needs to be taught as a way of thinking, more than a way for business people to make money.”

As for the National Broadband Programme, he said: “I wanted to be part of something that is so earth-shattering in size, scope, scale and desire. It’s a world class endeavour. It’s very ambitious, and I want it to be successful.”