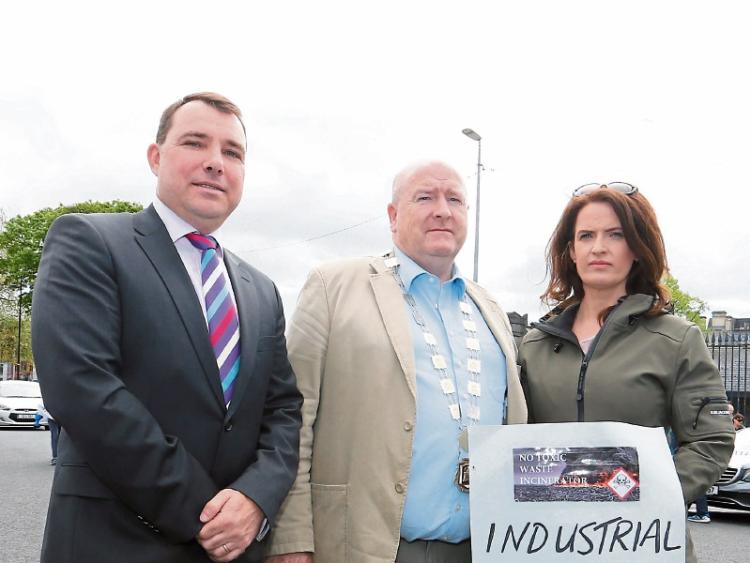 LIMERICK councillors are to formally object to an Environmental Protection Agency (EPA) licence for Irish Cement’s €10m alternative fuels project, although their own executive gave the project the green light for planning.

At a meeting of Limerick City and County Council this Monday, councillors  supported a lengthy submission from Cllr James Collins, outlining objections to Irish Cement’s application for a licence to begin industrial incineration at its plant in Mungret.

Missed a fine evening to sit through almost 5 hours of council meetings, but Limerick City & County Council just agreed a motion (unopposed) to make a submission to the EPA objecting to Irish Cement's plans to incinerate waste in the Mungret factory. #LAP #IrishCement

This comes on top of submissions already made by the Metropolitan District councillors and by some individual councillors.

“If a motion goes to the EPA from us collectively, it will send a very strong message we do not want and we will not tolerate industrial incineration in our community,” Cllr Collins said.

“Two agencies, the EPA and the HSE are passing the buck,” he argued “The EPA say their responsibility is to monitor levels of emissions deemed to be safe.” But science changes, he pointed out, and in years to come these so-called safe levels could change. “The HSE say they do not currently track the effects of these emissions on public health, “he continued.

Moreover, he pointed out, there wasn’t even a baseline against which to gauge possible future health effects which, given the drop zone for dioxins, could be up to 30km.

“The HSE by its own admission, does not have the expertise to assess the risk of industrial incineration on public health. It does not have the data or the resources to understand or investigate the clusters of cancer and pulmonary ailments that have been described in the vicinity of the plant over many decades, even using existing raw materials and fuels. If there are significant unknown health risks with the existing process how can we allow that risk to be radically increased by introducing toxins?”

“We will only know about dioxins when they build up in the food chain,” Cllr Elenora Hogan FG said, supporting the motion to lodge an objection.  And she pointed out that the EPA was relying on Irish Cement to self-monitor emissions.

Cllr Daniel Butler said there was a “whole list of highly toxic and dangerous liquids and fuel types” which could be incinerated by Irish Cement and this presented a “frightening” prospect to him and his neighbours.

Residents were talking about leaving the area, he warned, and they needed to be supported.

Cllr Seighin O’Ceallaigh SF said dioxins made their way into the food chain through red meat and Limerick had over 175,000 animals, dairy and beef cattle as well as sheep which could be affected by being within the dioxin fall-out radius.  Cllr Sean Lynch FF said if the licence were granted it would constitute a breach of the 1992 UN Convention on Human Rights.

“We want the EPA to understand the worries and concerns people have,” Cllr Kieran O’Hanlon FF  said.

But Fine Gael’s Cllr Bill O’Donnell had a difficulty. He was and remains neutral on the Irish Cement project, he told the meeting. “I don’t know if what they are proposing to do is any worse than what they are already doing. The thing will be taken on its merits,” he said. “I don’t want to object to a submission. But I don’t object (to the licence application). Can I be forced to object through majority vote?”

“If we make a submission as councillors are we happy there are no repercussions?” Cllr John Sheahan asked.

“I don’t believe there is anything in this submission that would leave us open to legal challenge,” Cllr Collins said.

“I am uncomfortable putting my name to a report I can’t stand over,” Cllr O’Donnell said.

“The objections are based on health,” Cllr Paul Kerr Solidarity said, arguing that there is “no safe limit to dioxins”. “It mightn’t happen overnight. It only becomes apparent years later.”

Speaking to the Limerick Leader following the meeting, Cllr Collins pointed out that Irish Cement had consistently claimed there were no health risks yet some 40 substances on list of waste materials for incineration were subsequently excluded by An Bord Pleanala as being too hazardous.

“We are hoping the EPA will reject the application outright,” Cllr Collins continued. “But if they need further time, we hope they will include an oral hearing at the very least.”

The objection from the councillors will join over 3,000 objections already lodged with the EPA including two objections from the Metropolitan District councillors. “It could be the highest number of objections to an EPA licence yet,” Cllr Collins said. “And we are still encouraging people to lodge their own objections.”

“It is embarrassing for the council, that we as a body of councillors are objecting to something which was given planning permission by the council executive,” Cllr Collins added.

Councillors had asked the executive  to work with them, to come in with them, he said, but so far, there was no sign of a submission from the executive despite having indicated it  would make one.