Rebels: Cork farmers cheering on Limerick ahead of breeders evening 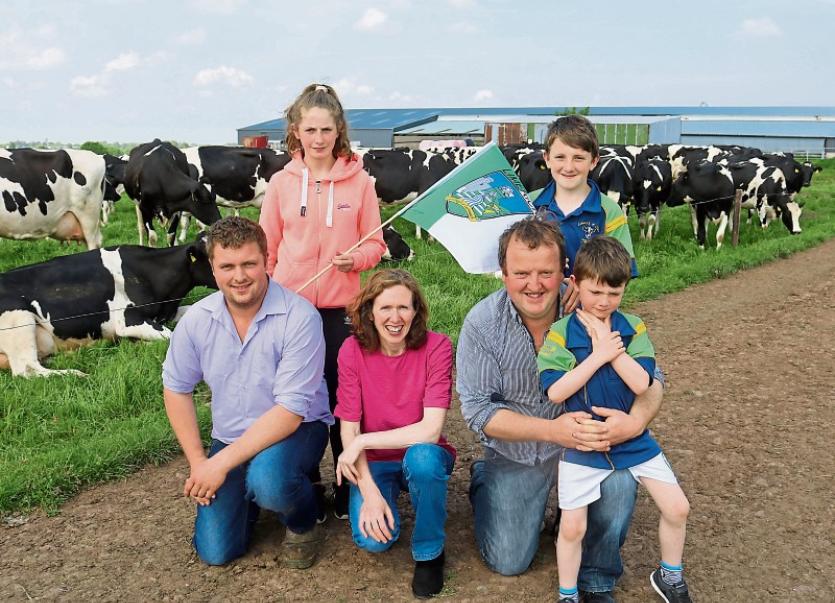 MANY LIMERICK dairy farmers will be heading to Cork on Saturday evening – if they can get a relief milker that is – to see the Treaty men take on the Rebels in Páirc Uí Chaoimh.

But they will also be heading to Charleville in Co Cork this Friday evening, June 1 when the Limerick and Clare Friesian Breeders hold their annual field evening.

The hosts this year will be John and Anne Marie McNamara and their children who proudly own the Ardskeagh herd.

"I'm from Caherline. I bought this farm in 2004. Our three children – Aoife, 12, Conor, 9 and Shane, 6 – grew up in Cork but they all cheer for Limerick,” smiled John. He might have imbued a love of Limerick hurling into his offspring but wife Anne Marie remains a staunch Tipperary supporter!

“Annual 305 day yield is around 8,700 litres from about 1.2 tonne of concentrates per cow. In recent times the Ardskeagh herd has featured prominently in the herds competition,” said Eoin.

“Also, John and Anne Marie’s children – Aoife, Conor and Shane – are involved in the Limerick and Clare YMA club and regularly show calves throughout the summer at shows,” he added.

Indeed, they could nearly throw a stone from home to where the Charleville Show is held.

The night will take the usual format with three groups of six six cows to judge. The winners of the stock judging competition will go forward to represent the club at the national open day on July 4.

To find the farm take the left turn opposite Charleville Show grounds and it will be signposted from there. The event is kindly sponsored by Bank of Ireland Agri. Judging commences at 7.30pm and all are welcome. Refreshments – which if this glorious weather continues will be badly needed – will be served.

“We look forward to a nice evening judging these cows and many club members are looking forward to viewing this top class herd,” said Eoin.

The icing on the cake will be if Limerick beat Cork on the following day!