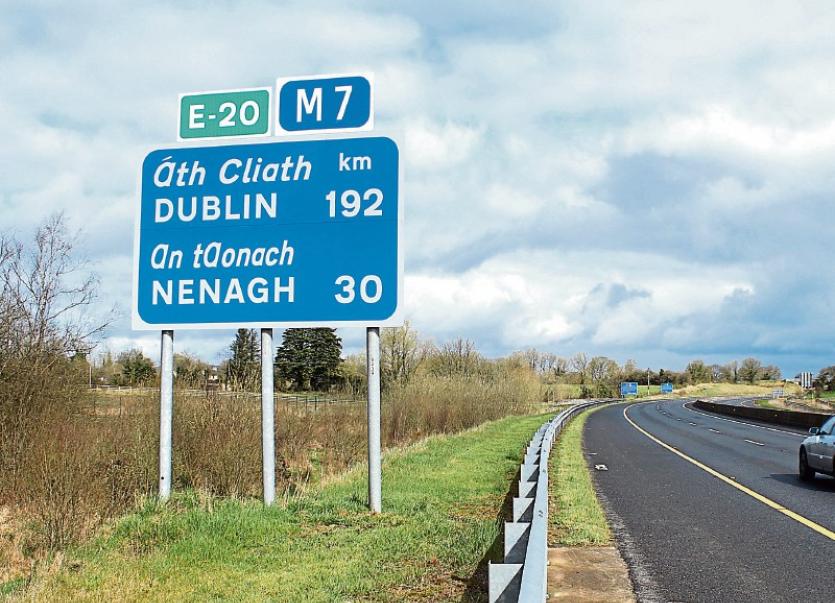 A LIMERICK man who drive at speeds of up to 190km/h while being pursued by gardai for over an hour has been jailed for three years.

Sean Kerins, aged 27, of Moylish Road, Ballynanty, pleaded guilty to several counts of endangerment and dangerous driving relating to an incident which began on the M7 motorway on October 27, 2016.

Garda Patrick Dilworth told Limerick Circuit Court he and a colleague were returning from Portlaoise to Limerick at around 8.30pm when they observed a blue Toyota Avensis travelling near junction 23 (Moneygall).

He said when the car “cut in front” of another vehicle, he activated the blue lights at which point Mr Kerins, who was travelling with his pregnant girlfriend, increased speed and took off.

He described how the Avensis mounted kerbs on sections of the motorway and how Kerins ‘undertook’ other vehicles by driving on the hard shoulder.

“He was weaving in and out of traffic in an attempt to avoid the patrol car,” Garda Dilworth told John O’Sullivan BL.

Having travelled into the city, Kerins broke a number of red lights and drove against oncoming traffic in places.

He said as the defendant exited the motorway he drove ‘directly at’ a garda patrol car only to swerve at the last moment.

Judge Tom O’Donnell was told he turned off his lights at one point and that he drove between two cars at St Patrick’s Road, glancing off one of them.

The defendant, the court heard, was eventually apprehended following a foot-chase after he drove into a field in Moyross.

Following his arrest, Kerins admitted he had put himself and other motorists at risk and that he could have “killed ten lives” had he struck another vehicle.

The father-of-one, the court heard, has more than 100 previous convictions including 68 for road traffic offences.

In his evidence, the defendant insisted he had “full control of the car all the way” despite having consumed “benzos and cannabis” earlier in the day.

He accepted he “did wrong” and told the court he was ashamed and embarrassed and was holding his hands up.

Carol Doherty BL urged the court to note that her client had made admissions and that there was not accident or collision as a result of his driving.

She said her client accepts his wrongdoing but disputed some of the facts as outlined by Garda Dilworth.

Imposing sentence, Judge Tom O’Donnell said the defendant’s actions were “highly dangerous” and that there was a “very serious threat to life and limb”.

The judge added it was a “complete and utter miracle” that nobody was injured or killed during the pursuit.

He noted Kerins is a volatile individual and continues to struggle with drugs.

The judge said the defendant’s admissions and guilty plea were mitigating factors which he had to consider when imposing sentence,

He also noted the efforts he is making in prison to address his addictions issues.

He imposed a four year prison sentence suspending the final 12 months. Kerins was also disqualified from driving for ten years.