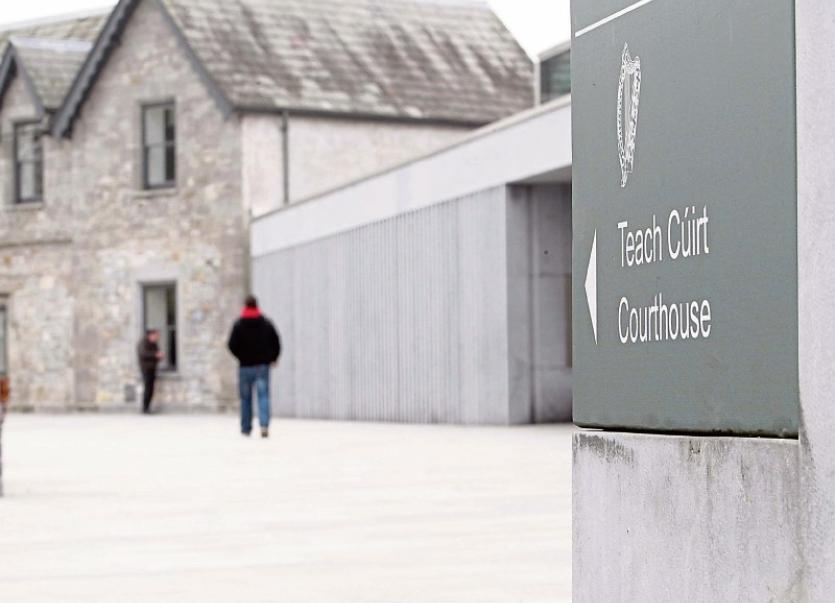 THREE men charged with violent disorder after a Kilmallock pub stabbing must clean up a handball abbey as part of their court punishment.

Garda Robert Young said at 7.20pm on August 20, 2017 an altercation took place in the pool room of Daffy’s pub in Kilmallock.

“During the course of the altercation three males received stab wounds. There were eight involved.

“The three defendants were not involved in the stabbings. They were involved in exchanging blows. There were no serious assaults. They all attended Bruff garda station and made cautioned statements relating to the incident,” said Garda Young, who added that none of the accused have previous convictions.

Brendan Gill, solicitor for Mr McGuire, put it to Garda Young that the three weren’t the aggressors in the original incident.

Mr Gill said the difficulties arose when their two friends were stabbed.

Garda Young said that was accepted and that their actions were “reactive”.

Mr Gill said the three defendants gave full and frank statements and had never come to the attention of gardai before the incident.

The solicitor described the events as “extremely unfortunate”.

“A friend of Mr McGuire’s had returned from Australia. He was leaving the next day. Mr McGuire and the two accused went to the pub to watch a soccer match. Alcohol was not a factor as they were all getting up for work the next day.

“They had no involvement in the initial altercation. They became aware of what happened and then it was reactive. They broke it up,” said Mr Gill.

He said Mr McGuire is in an 11 year relationship and has a very good work history.

“I have a letter from his employer which is glowing. He is heavily involved in sporting organisations - the soccer club and coaches the U-14 camogie team. A conviction would have serious consequences with his roles in voluntary organisations,” said Mr Gill, who on account of Mr McGuire’s unblemished record asked Judge Marian O’Leary not to impose a formal conviction.

Kevin Power, solicitor for Mr Burke and Mr Heffernan, said the former has lived in Kilmallock all his life.

“He has a fiancee and three children. He went to national and secondary school with Jason Heffernan. They play on the soccer team and are best friends. He coaches the U-10 girls soccer team,” said Mr Power, who described the incident as a “most unfortunate situation”.

“He had never come to the attention of gardai before. A conviction would have serious consequences,” said Mr Power, who handed in a letter from his client’s employer to the judge.

“They all work for the same company and I have a letter of reference. His partner was working behind the bar that evening. There is a protective element.

“He has ambitions to go to Australia in the not too distant future.

“He didn’t know the aggressor. There was no intention of going to cause trouble. He plays for the soccer team as well - they look after each other,” said Mr Power.

Brendan Gill, solicitor, said that none of the three would have known the aggressor.

Judge Marian O’Leary said she would like the three men to do voluntary work. Tidying up a handball alley, which has fallen into disrepair and cleaning up the area, was proposed.

Judge O’Leary said she wanted six months of voluntary work and “so many hours a week”.

“I will need a report on what they did. I want a garda progress report when it is finished,” said the judge.

The case was adjourned until this Friday for an exact proposal on the voluntary work to be put to Judge O’Leary.