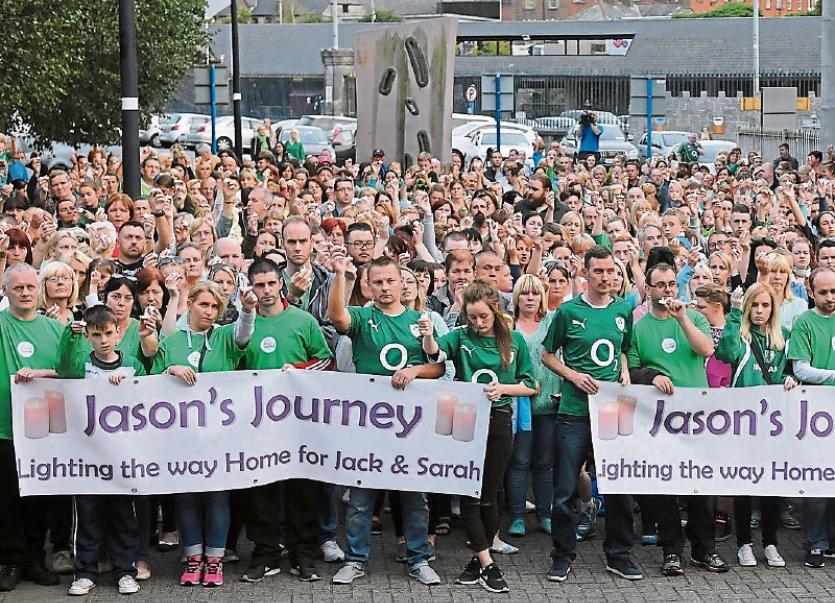 The candlelit gathering in Limerick to show solidarity with the family of Jason Corbett following his murder in 2015 Picture: Gareth Williams

JASON Corbett was preparing to take his children home to Limerick before he was murdered by his second-wife Molly Martens and her father.

The father-of-two from Janesboro had been researching flights before he was brutally murdered in 2015, the Irish Independent reports this Friday.

Mr Corbett is believed to have made his decision to try and return home to Limerick due to Ms Martens’ relentless efforts to adopt his children, Jack and Sarah.

A bag, containing clothing for his children, and the computer on which he researched flights to Shannon disappeared from the murder scene on the night he was killed, a new book by Mr Corbett’s sister, Tracey Corbett Lynch, has revealed.

‘My Brother Jason’ is published by Gill Books this Friday and Ms Corbett Lynch, along with Wayne and Marilyn Corbett, will appear on RTÉ’s Late Late Show this Friday night.

The book is expected to be serialised in the Irish Independent this weekend.

All proceeds of the book are to go to Mr Corbett’s children.

Molly Martens and her father Thomas, a retired FBI agent, are both currently serving life sentences of more than 20 years after they were found guilty of murder at the home Mr Corbett shared with Martens in Wallburg, North Carolina.